Corporation committees up and running 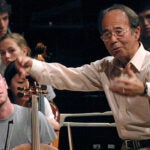 The Harvard Corporation has taken a major additional step to implement reforms arising from an intensive governance review completed last year, launching three new committees earlier this month on facilities and capital planning, finance, and governance. A joint committee with the Board of Overseers, on alumni affairs and development, has also begun its work.

The committees held their first meetings Oct. 2 and 3, with members having been appointed and charters ratified. The committees, other than governance, each include several nonboard members selected for their expertise. The committee structure is seen as an important means to enable deeper engagement on matters of core fiduciary concern, while also allowing the Corporation to focus more of its plenary time on larger strategic and policy matters.

“We’re off to a great start,” said Robert D. Reischauer, the Corporation’s senior fellow. “Even after just one round of committee meetings, it’s clear these new structures, and the people who’ve joined us, will help us both to focus in on matters needing concentrated attention and to see particular issues and initiatives with a fuller view of the larger whole.”

The introduction of the committees goes hand in hand with the ongoing expansion of the Corporation itself. It is in the process of nearly doubling in size, from seven to 13 members, another result of the governance review.

Historically, the Corporation has carried out almost all its work as a “committee of the whole,” largely a reflection of its small size. Last year’s review process recommended adding members and creating committees as a way to increase the body’s capacity to guide long-term planning for a university that has grown dramatically and become far more complex since the Corporation was created in 1650.

The first major step in implementing those reforms was taken in May, when three new Corporation members were named. As of July 1, the Corporation welcomed Lawrence Bacow, president emeritus of Tufts University and the 2011-12 president-in-residence at Harvard’s Graduate School of Education; Susan Graham, a computer scientist from the University of California, Berkeley, and former president of Harvard’s Board of Overseers; and Boston business executive Joseph O’Donnell, also a former Overseer. Additional appointments are expected to be made over the next year or two, as the Corporation grows from its current 10 members to 13.

“Having these three outstanding alumni join the Corporation, with their complementary perspectives and their clear devotion to Harvard, has already energized our discussions,” said President Drew Faust. “And having these new committees, with additional members who widen our angle of vision, is already making a positive difference.”

The Corporation search committee continues to invite nominations and advice on prospective new members of the Corporation. Suggestions may be directed in confidence to corporationsearch@harvard.edu.

Bacow, who early in his career directed the MIT Center for Real Estate and who oversaw a range of campus planning initiatives while leading Tufts, chairs the committee on facilities and capital planning. The committee also includes Corporation members Graham, Lee, and Keohane, as well as three others: Peter Barber, a longtime Boston area real estate developer, recently retired; Thomas Glynn, who served until last year as chief operating officer of Partners HealthCare; and Penny Pritzker, a former Overseer who is chair and CEO of the Chicago-based Pritzker Realty Group.

Reischauer, former director of the Congressional Budget Office and since 2000 the president of the Urban Institute, is chairing the finance committee. His Corporation colleagues include Rothenberg, the University’s treasurer, along with Patricia A. King, O’Donnell, and Robert E. Rubin. The committee also includes Nicole Arnaboldi, vice chairman of the asset management division of Credit Suisse; Paul Finnegan, co-CEO of Madison Dearborn Partners and chair of the Overseers’ committee on finance, administration, and management; Ann Fudge, former chair and CEO of Young & Rubicam Brands and a past Harvard Overseer; and Scott Nathan, a managing director at the Baupost Group.

The new joint committee on alumni affairs and development is co-chaired by O’Donnell, long a leader in Harvard alumni circles, and Diana Nelson, a member of the Board of Overseers and past co-chair of the Harvard College Fund. In addition to 15 members from the two governing boards, the committee includes three others: William Lewis, co-chairman of investment banking at Lazard Ltd.; William Shutzer, senior managing director of Evercore Partners; and Gwill York, co-founder of Lighthouse Capital Partners.

The Harvard Corporation, formally known as the President and Fellows of Harvard College, is the oldest continuously operating corporation in the Western Hemisphere, established in 1650 by the Massachusetts Bay Colony at the request of Harvard President Henry Dunster. Composed of Harvard’s president, treasurer, and now eight fellows, it is the smaller of Harvard’s two governing boards. The second, the Board of Overseers, includes 30 members elected to six-year terms by Harvard degree holders, with the University’s president and treasurer serving ex officio.