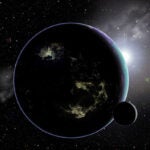 In 1849, New England’s growing railroads faced a deadly problem. The rails were getting busier, and the number of wrecks was climbing. The crashes killed people, and the public was grumbling that the railroads were cutting corners. To the railroads, though, the problem wasn’t money, but time.

There were too many time standards: Boston time, Worcester time, Springfield time.

Train conductors of the day set their clocks by the time at their main departure station, found locally by marking the stars or the sun’s passage in the sky. That meant time differed for trains originating in towns to their east or west. The further away the towns were, the bigger the time difference in clocks aboard the trains.

With many lines having just a single track, the trains traveled in both directions. Knowing where another train was, and when it would pass, allowed conductors and engineers to pull their train onto a siding to avoid colliding. But the proliferation of trains and times made train wrecks more common, with 97 between 1831 and 1853.

The railroads decided they needed to run according to a single standard time. That need drew a Boston clockmaker, William Cranch Bond, and the Harvard College Observatory into the business of standardizing time. Starting in 1849 and for the next 43 years, a time signal originating in the Harvard College Observatory not only let New England’s trains run more safely, but also created what was in effect the first American time zone.

People today may not think of a clock as an important scientific instrument, but in the mid-1800s, the ability to build increasingly precise clocks was opening new scientific frontiers, according to Peter Galison, Pellegrino University Professor and faculty director of Harvard’s Collection of Historical Scientific Instruments.

Researchers were beginning to measure things once believed to be instantaneous, such as the speed of thought. They were marking the time it took for a visual cue to run through the brain and cause a reaction, like a subject pressing a key that generated an electric signal.

Precise timekeeping was also important in astronomy, Galison said. It was used in finding longitude and in understanding the solar system. Venus’ periodic transits across the face of the sun were eagerly observed and timed, providing important information that astronomers used to calculate the Earth’s distance from the sun.

Boston’s best clockmaker in 1849 was also the head of the Harvard College Observatory. William Bond’s clocks had a reputation for precision, so the railroads agreed that they would use the time kept at William Bond & Sons’ Boston shop, plus two minutes. The firm’s most accurate clock, today on display in the Putnam Gallery in Harvard’s Science Center, was at the Harvard observatory, where it informed the work of astronomers.

Sara Schechner, the David P. Wheatland Curator of the Collection of Historical Scientific Instruments, said that initially, the proper time was communicated from the observatory to the Bond & Sons’ shop by setting a chronometer at the observatory and physically transporting it into Boston. In 1851, Bond established the world’s first public time service in which time signals were sent via telegraph lines and the Observatory’s electrical ticktock became the synchronizing signal that traveled to Boston.

That first voluntary time agreement among the railroads became mandatory a few years later, after an 1853 wreck occurred outside Pawtucket, R.I., on a blind curve known as the “Boston Switch.” The collision, which killed 14 people, was due to a “reckless conductor and a faulty watch,” Schechner said. “He thought he could make it.”

After that, railroad time was mandated along the region’s tracks. From there, the synchronization of time spread. People and businesses relying on trains became tired of needing to keep track of both local time and railway time.

The spread of a single standard time was abetted by the telegraph, which soon carried the observatory time signal to fire alarm call boxes all around the city, ringing bells at noon, and thereby giving all of Boston a time cue.

By the 1870s, the observatory even began selling time, sending hourly signals over the fire alarm system and working with Western Union to distribute time across the region. The observatory’s time signal even went to ships in Boston Harbor through a time ball — like the one dropped in Times Square on New Year’s Eve — that fell daily from the Equitable Life Insurance Building as a visual signal so mariners could set their clocks.

The result of all this, said Galison and Schechner, was America’s first time zone, albeit one that was oddly shaped. Instead of covering the large geographic swaths we’re familiar with today, that first zone followed the rail lines, creating a spider web of towns across the region whose clocks were all synchronized to the observatory.

Harvard did all right with its time business, Schechner said. The observatory earned $2,400 a year through the 1870s and about $3,000 in 1892, the year when time distribution was taken over by the U.S. Naval Observatory. Schechner said the money helped to defray costs, but added that Bond and the observatory directors were more interested in having the public understand that astronomy could provide an important public value.

Of course, not everyone was happy with the adoption of a standard time. Though Americans today are surrounded by devices that keep time, the ability to find time has become something of a lost art.

“If you live at the edge of a time zone when it’s noon, the sun is not in the highest point in the sky. We don’t know or even care about that anymore, but they knew it good and well when all this was happening,” Galison said. “Many people didn’t like it at all. They didn’t like being told by New York or Boston that it was noon when they could see that it wasn’t noon.”

Still, Galison said, the installation and wiring of public clocks in town centers synchronized to the time of a big city became exciting affairs that people gathered to watch. “It was a sign of modernity,” Galison said. “As trains, time zones, and markets demanded simultaneity, we were willing to give up this idea of noon being when the sun is highest in the sky.”