Zakaria to speak at Commencement 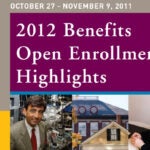 Fareed Zakaria, a Harvard alumnus whose insights into the power shifts setting the stage for a new global era have made him a celebrated thought leader on international affairs, will be the principal speaker at the Afternoon Exercises of Harvard’s 361st Commencement.

“Harvard is an institution with a global reach, and the men and women who graduate next May will be going out into an increasingly interconnected world,” said Harvard President Drew Faust. “Fareed Zakaria is an unusually creative and incisive thinker in the realm of international affairs, and it will be a particular privilege to hear from him as Harvard looks toward the future from the vantage point of its 375th anniversary.”

The 2012 Commencement will mark the end of Harvard’s yearlong anniversary celebration, which in part will underscore the University’s expanding international activities. “So many of our alumni around the world are engaged in the international arena, from diplomats to relief workers, from environmental experts to executives with multinational firms,” said Ellen Gordon Reeves, president of the Harvard Alumni Association. “I can’t think of a better way to cap off this anniversary year than with a chance to hear from one of our alumni body’s foremost voices on global affairs.”

Zakaria was born in India and earned a B.A. from Yale College before receiving his Ph.D. in government from Harvard in 1993. Esquire magazine once called him “the most influential foreign policy adviser of his generation,” and in 2010 Foreign Policy named him one of the top 100 global thinkers.

Zakaria is the host of “GPS,” CNN’s flagship international affairs program, as well as editor-at-large of Time magazine, a Washington Post columnist, and the author of several highly influential and widely read books on global affairs.  He served from 2000 to 2010 as editor of Newsweek International, overseeing the magazine’s international editions.  From 1992 to 2000, he was managing editor of the journal Foreign Affairs, a post he was appointed to at the age of 28.

His books include “From Wealth to Power: The Unusual Origins of America’s World Role” (1998),“The Future of Freedom: Illiberal Democracy at Home and Abroad” (2000), and “The Post-American World” (2008), which examines how the growth of countries like China, India, and Brazil will reshape international dynamics, a shift he refers to as “the rise of the rest.”  His books have been translated into more than 20 languages.  He also wrote the Newsweek cover piece “The Politics of Rage: Why Do They Hate Us?”, a much-noted essay in the immediate aftermath of the terror attacks on Sept. 11, 2001.

Zakaria will speak on May 24 during Commencement day’s Afternoon Exercises, which serve as the annual meeting of the Harvard Alumni Association. The exercises will take place in the Tercentenary Theatre of Harvard Yard, between Memorial Church and Widener Library.