Nose to nose with mental illness 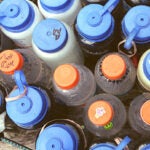 Miami Dolphins wide receiver Brandon Marshall talked about his struggles with mental illness in a forum at Harvard’s Emerson Hall on Monday night.

Marshall, who said he has been diagnosed with borderline personality disorder (BPD), told about 250 students — including football players and volunteers for Harvard’s student mental health services — that when he first heard himself called Brandon “Beast” Marshall, he thought, “That sounds good.”

Toughness is what makes a player great, Marshall believed. And toughness helped him to two Pro Bowl appearances and, in 2009, the NFL record for receptions in a single game (21).

“They say football players are trained to be bipolar,” he said. “Because you’ve got to have a switch. You’ve got to be able to turn the switch on when you touch the field and play with a lot of passion, emotion, violence, be able to hit a man, hurt a man, get hit violently, and love it. And have the ability when the clock hits zero, to turn that switch off.

“And the beast didn’t have that switch.”

In fact, Marshall earned a reputation as a volatile player and was involved in a series of off-field incidents, including a situation at his home in April when police were called after his wife allegedly stabbed him (Marshall says this is unfounded and that he hurt himself).

“I was never happy. I had never enjoyed life. I know you guys are thinking, how is that possible? $50 million contract. Two-time pro bowler. Records. A jersey in the Hall of Fame. Everything you could possibly want and I never enjoyed it.”

Marshall was eventually diagnosed and treated at McLean Hospital.  “It was there I found help,” he said. “I was blessed to be around people who understood me, who could understand my language and help me.” His doctors helped him find “the switch,” and he still receives therapy, often through Skype sessions.

He continues to struggle with BPD,  described by the U.S. National Library of Medicine as “a condition in which people have long-term patterns of unstable or turbulent emotions, such as feelings about themselves and others.”

“I have to be honest with you guys: I’m in the worst environment that I can be in right now,” he said. “I approach every day as a test.”

The Dolphins are 0-6 and Marshall described pressure so intense that it sometimes threatens to undermine his balance. He described how he recently vented over every one of the 70 plays in his playbook to his patient wife, mostly, he confessed, because the “ball wouldn’t be coming to me.” But the exercise helped him to release his anger. “Lack of expression equals depression,” he said.

Marshall has turned his experience with mental illness into a national campaign and the subject of an upcoming documentary, “Borderline Beast.”

Paul Barreira, director of behavioral health and academic counseling and associate professor of psychiatry at Harvard Medical School, praised Marshall for opening up:  “He is willing to speak out as a public figure; he is willing to tell us the consequence of not having treatment.”