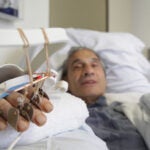 Taking aim at the alarming slowdown in the development of new and lifesaving drugs, Harvard Medical School (HMS) is launching the Initiative in Systems Pharmacology, a comprehensive strategy to transform drug discovery by convening biologists, chemists, pharmacologists, physicists, computer scientists, and clinicians to explore together how drugs work in complex systems.

“With this Initiative in Systems Pharmacology, Harvard Medical School is reframing classical pharmacology and marshaling its unparalleled intellectual resources to take a novel approach to an urgent problem,” said Jeffrey S. Flier, dean of the faculty of medicine at Harvard University, “one that has never been tried either in industry or academia.”

Modern drug discovery has focused on the interaction between a candidate drug and its immediate cellular target. That target is part of a vast and complex biological network, but because studying the drug in the context of a living system is profoundly difficult, scientists have largely avoided this approach.

As a result, predicting the effects of a particular candidate drug in humans is currently all but impossible, and many initially promising drugs have been found to lack efficacy or to have unsupportable levels of toxicity — typically at a late stage of a clinical trial, at a cost of years of effort and up to $1 billion.

“Right now in the world of drug discovery, it’s as if we have a map of a highway system that only contains small pieces extending a few miles here and there, without any connectivity on a large scale,” said Marc Kirschner, the John Franklin Enders University Professor of Systems Biology and chairman of the HMS Department of Systems Biology. “If you try to plan a trip on such fragmentary information, you’ll fail. It’s our inability to develop a coherent picture that has stymied drug discovery for so long.”

As drug makers exhaust the most promising candidate areas, the number of new drugs brought to patients has actually decreased in recent years, even as the cost of discovery has soared.

A better understanding of the whole system of biological molecules that controls medically important biological behavior, and the effects of drugs on that system, will help industry identify the best drug targets and biomarkers. This will help to select earlier the most promising drug candidates, ultimately making drug discovery and development faster, cheaper, and more effective.

“Through this new initiative, we will develop large-scale models of biological systems and networks, which should more accurately predict drug efficacy,” Kirschner added.

The science of analyzing specific biological processes within the context of an entire living system, called systems biology, is relatively new. Harvard Medical School is a world leader in this area, having established one of the first department-level programs in 2003.

Building on this success, Harvard’s new effort will apply systems biology’s innovative approaches to the understanding and prediction of drug activity, drawing on the vast range of biomedical expertise available at the Medical School and its affiliated teaching hospitals and research institutes.

Other projects currently under way at HMS will be expanded through the new initiative.

For example, Sorger and Mitchison collaborate with Ralph Weissleder, HMS professor of systems biology and of radiology and director of the Center for Systems Biology at Massachusetts General Hospital, to probe the mechanism by which anti-cancer drugs kill tumor cells in patients and thereby make the effects of treatment more predictable. “What’s amazing is how little we know even about many drugs that work,” Sorger said. “A systems approach could help tailor existing treatments to specific patients, and find new uses for therapies we already have.”

And in the lab of Systems Biology Professor Roy Kishony, scientists research the evolutionary forces that shape the emergence of antibiotic-resistant bacteria, seeking strategies for developing combination therapies to slow or reverse the spread of drug resistance.

The initiative will also include a new educational program, one that develops a new generation of students, postdoctoral fellows, and physician-scientists. The goal is to train future leaders in academic and industrial efforts in systems pharmacology and therapeutic discovery.

The Initiative in Systems Pharmacology is a signature component of the HMS Program in Translational Science and Therapeutics. There are two broad goals: first, to increase significantly our knowledge of human disease mechanisms, the nature of heterogeneity of disease expression in different individuals, and how therapeutics act in the human system; and second — based on this knowledge — to provide more effective translation of ideas to our patients, by improving the quality of drug candidates as they enter the clinical testing and regulatory approval process, thereby aiming to increase the number of efficacious diagnostics and therapies reaching patients.

“Systems pharmacology is the first and a key pillar of translational science and therapeutics at Harvard Medical School,” said William Chin, the Bertarelli Professor of Translational Medical Science, executive dean for research at HMS, and former head of research for Eli Lilly & Co.

“We intend to harness all the strengths of HMS to gain a deeper understanding of the cause and nature of disease, addressing some of the most vexing questions that continue to impede the development of new drugs,” Chin said. “We will focus our strengths and resources to translating such knowledge into new classes of life-saving medicines.”