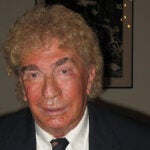 A Somalian émigré makes his mark at Harvard as environmental engineer

Mohamed Omar remembers the first time he emigrated, at 16, from his native Mogadishu, Somalia, to Lahore, Pakistan. The bustling city of 10 million, where Omar’s parents had sent him to attend school during Somalia’s protracted civil war, was the most polluted place he had ever seen.

“If you walked outside in the morning, you could see huge clouds of smoke, almost a haze around the city,” said Omar, 39, now an environmental management engineer at Harvard’s Office of Environmental Health, Safety, and Emergency Management (EHSEM). “There were mountains of waste along the roads.”

At the time, Omar had no idea he’d end up managing pollution for a living — or that in 2000 he would emigrate to New England, a move that brought its own environmental challenges.

“Seeing snow for the first time in 2001 was kind of a shock,” Omar recalled.

Yet despite a nomadic early life, Omar took to New England and to the cause of sustainability, a profession that allows him to give back to the place that welcomed him as a young man. That drive to improve his community has helped Omar excel at Harvard, where he recently finished an administrative fellowship.

“The principle I always felt was guiding me was ‘God, family, and purpose,’ ” said Omar, a practicing Muslim. “They’ve helped me through the ordeal of moving multiple times across continents.”

At Harvard, Omar helps to ensure that the University is following environmental rules and regulations in its 700-plus buildings. He also manages compliance for the Blackstone Power Plant.

Inspired by the challenges he encountered in his day job, Omar decided to continue his education part time with his department’s support. Last June, he completed a doctorate in cleaner production and pollution prevention at the University of Massachusetts, Lowell, School of Health and Environment.

“My background was civil engineering, and I had seen my share of bad designs leading to environmental degradation,” he said. “I felt we always ended up downstream in the process, trying to retrofit designs to make them [pollute] less. There’s a movement to try to go upstream, to design products and processes cleanly.”

Meanwhile, he juggled his duties as an appointed commissioner for the Green Building Commission in Lowell, Mass., where he now lives, and his responsibilities as a 2010-11 resident administrative fellow. The yearlong program, sponsored by the Office of the Assistant to the President (OAP), gives outstanding minority employees at Harvard a chance to meet with the University’s senior management and learn about higher-education leadership.

The past decade has been transformative for Omar, who arrived in Portland, Maine, in 2000 knowing virtually no one. Armed with an engineering degree but no experience, he worked odd jobs and volunteered with engineering firms for a year before picking up paid work in his profession.

“I was fortunate that I came here and was educated,” he said.

Still, he said, “trying to assimilate personally and professionally was difficult,” and it only became more so after the terrorist attacks of Sept. 11, 2001.  While Omar never felt singled out for his religion or ethnicity (outside of airport security lines, he noted), he found the atmosphere at Harvard refreshing when he started working at EHSEM in 2004.

“Harvard has been around for more than 300 years. It’s no stranger to foreigners,” he said. When he pauses for his midday prayers in his cubicle, he added, his co-workers don’t bat an eye.

Now that Omar has finished his OAP fellowship and his graduate studies, his life has quieted down a bit. He can spend more time with his two “energetic” daughters, ages 4 and 1, and with his wife, a Somali who originally immigrated to Minneapolis.

“It’s a tight-knit community,” he said of his fellow stateside Somalis. “No matter where we are, we tend to stay close together.”

Although he hasn’t visited Somalia since 1994, Omar remains active in his native country’s political and civic life. He is an editor-at-large of Sheeko, a London-based quarterly magazine geared toward the international African community.

He also founded Bar ama Baro, a scholarship program that connects donors to Somali college students in need, “so they don’t end up in the street being radicalized,” he said.

After the wandering of his early years, Omar said, he feels a deep-seated need and appreciation for community.

“I was born and raised in the city, but my father and mother were born in the countryside where communal survival was essential,” he said. “I’ve always felt that having a good network is very important.”

Now, for Omar, that network is in Lowell and at Harvard.

“I call this place home,” he said.