Gauging the effects of the BP spill 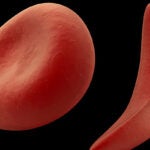 An array of undersea microbes is giving humans an assist in the cleanup of last year’s BP oil spill in the Gulf of Mexico, though a Harvard biologist said Wednesday that the full effects of the 200-million-gallon spill on life deep beneath the sea remain to be seen.

Peter Girguis, Loeb Associate Professor of the Natural Sciences and an authority on oceanic microbial life, said that several studies of the spill’s impact on the deep ocean environment are ongoing, and results so far have been inconclusive. That’s partly because the deep sea remains difficult for researchers to access, and life there tends to grow slowly, so that subtle effects on reproduction may take time to become apparent.

Girguis spoke at the Harvard Museum of Natural History on deep-sea life and the effects of the BP spill, which began in April 2010 when safety equipment failed to prevent the uncontrolled release of natural gas found along with crude oil. Some gas exploded, engulfing the nearby drilling rig in flames, claiming 11 lives, and beginning a three-month release of oil.

Scientists have shown that oil floating on the gulf’s surface was just part of what spilled. Submersibles detected an enormous undersea plume of oil 3,600 feet to 4,300 feet deep, and hundreds of miles long. Inside this plume, cameras showed clear water turning oily brown. Investigation showed that oxygen levels plummeted within the plume, an indication, Girguis said, that microbes were at work, consuming components of the oil.

Oil-eating microbes occur naturally in the gulf, Girguis said. As much as 3,000 barrels of oil per day seep naturally from the ocean floor, making oil a part of the environment. Some communities of tube worms have grown up around the oil seeps, showing that some sea life has adapted to the oil.

Despite the presence of those natural specialists, however, Girguis said the oil is likely poisonous to much sea animal life, with deep corals believed particularly vulnerable. Deep-sea animal life is adapted to a stable environment. Temperatures vary little, hovering between 2 and 4 degrees Celsius. The chemical makeup of seawater on the ocean floor is stable. The deep ocean’s utter darkness is broken only by the bioluminescence of some of its creatures. Deep-sea animals tend to grow slowly and live long, traits that make them vulnerable to overfishing.

“Animals are not well suited to rapid changes of temperature and chemistry,” Girguis said. “It goes without saying that lots of animals will be affected by the spill.”

While deep-sea animal life tends toward stability, the microbial life is more flexible. The ocean’s microbes are critical not only to the chemical balance there, but in the atmosphere as well, consuming carbon dioxide. Some microbes consume methane, propane, and even the heavier components of crude oil, Girguis said. It’s likely, he said, that oil-eating microbes are distributed widely in the gulf and can reproduce rapidly when they come into contact with oil, like the plume from the BP spill. The full effect of their activity on the BP oil is unknown.

All in all, Girguis said, investigations of life in the deep ocean continue to turn up scientific surprises and have taught scientists that their ideas about the constraints on life need constant revision. Not only has investigation of the deep ocean shown it to be full of life — unlike the conventional wisdom of decades ago — but the sea is full of life that scientists never expected, such as loriciferans, multicelled creatures, some species of which live without oxygen.

“There’s life in every part of the deep ocean where we’ve looked. … We find animals in the deep sea that look like nothing you’d find on land,” Girguis said. “It reminds us continually that our assumptions about life’s limits are wrong.”