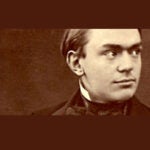 To tackle the problem of driving after drinking, the leading cause of death among young adults in the nation, the Harvard School of Public Health’s (HSPH) Jay Winsten created the designated driver campaign in 1988, mobilizing Hollywood’s first industrywide initiative to tackle a societal problem. The campaign secured more than $100 million a year in donated airtime to inculcate a new social norm — “the driver doesn’t drink” — into American culture, importing the concept from Scandinavia.

Rather than exhorting the public to change behavior, Winsten encouraged TV writers to model a new social norm by depicting the use of designated drivers in story lines of shows such as “Cheers.” More than 160 prime-time episodes incorporated the message. Surveys showed that a majority of the American public quickly embraced the concept. The international export of Hollywood’s products led to diffusion of the designated driver concept around the world.

When the campaign began in 1988, alcohol-related traffic fatalities in the United States exceeded 23,000 annually. Four years later, fatalities had dropped by more than 25 percent, thanks to tough laws, strict enforcement, and widespread use of designated drivers. Today, annual fatalities stand at less than 11,000, and the concept is a permanent fixture in American culture.

The Chronicle of Philanthropy noted: “Many grant makers say it was the success of the campaign that persuaded them that skillful work with news and entertainment media can bring about social change.” Winsten’s Center for Health Communication at HSPH helped to establish “health communication” as an important field in public health.