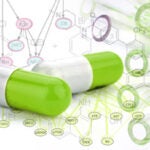 Scientists at Harvard-afilliated Dana-Farber Cancer Institute and the Broad Institute have found strikingly high levels of a bacterium in colorectal cancers, a sign that it might contribute to the disease and potentially be a key to diagnosing, preventing, and treating it.

In a study published online in the journal Genome Research, investigators report the discovery of an abnormally large number of Fusobacterium cells in nine colorectal tumor samples.  While the spike does not necessarily mean the bacterium helps cause colorectal cancer, it offers an enticing lead for further research, the study authors say.  The journal is also publishing a paper by researchers from the BC Cancer Agency and Simon Fraser University in Canada that reports similar findings from research conducted independently of the Dana-Farber/Broad Institute collaboration.

A confirmed connection between Fusobacterium and the onset of colorectal cancer would mark the first time any microorganism has been found to play a role in this type of cancer, which is the second leading cause of cancer deaths in the United States.  The American Cancer Society estimates that colon cancer will cause more than 49,000 deaths in the U.S. this year, and more than 141,000 people will be diagnosed with the disease.

“Tumors and their surroundings contain complex mixtures of cancer cells, normal cells, and a variety of microorganisms such as bacteria and viruses,” says the study’s senior author, Matthew Meyerson of Dana-Farber and the Broad Institute.  “Over the past decade, there has been an increasing focus on the relationship between cancer cells and their ‘microenvironment,’ specifically on the cell-to-cell interactions that may promote cancer formation and growth.”

While the relationship — if any — between colorectal cancer and Fusobacterium is unclear, there are intriguing hints that the bacterium may play a role in the cancer, says Meyerson, who is co-director of the Center for Cancer Genome Discovery at Dana-Farber and a professor of pathology at Harvard Medical School. Previous studies have suggested that Fusobacterium is associated with inflammatory bowel diseases such as ulcerative colitis, which can raise people’s risk of developing colon cancer.

“At this point, we don’t know what the connection between Fusobacterium and colon cancer might be,” Meyerson observes.  “It may be that the bacterium is essential for cancer growth, or that cancer simply provides a hospitable environment for the bacterium.  Further research is needed to see what the link is.”

Researchers are embarking on comparison studies of Fusobacterium levels in larger numbers of patients with colorectal cancer and in those without the disease.  Also planned are studies to determine whether the bacterium can be used to induce colon cancer in animal models.

The study’s lead author is Aleksandar Kostic of the Broad Institute of Harvard and MIT.