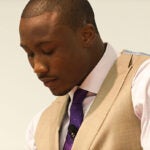 Nose to nose with mental illness

Guided by insights into how mice recover after H1N1 flu, researchers at Harvard Medical School and Brigham and Women’s Hospital, together with researchers at A*STAR of Singapore, have cloned three distinct stem cells from the human airways and demonstrated that one of these cells can form into the lung’s alveoli air sac tissue. What’s more, the researchers showed that these same lung stem cells are rapidly deployed in a dynamic process of lung regeneration to combat damage from infection or chronic disease.

“These findings suggest new cell- and factor-based strategies for enhancing lung regeneration following acute damage from infection, and even in chronic conditions such as pulmonary fibrosis,” said Frank McKeon, professor of cell biology at Harvard Medical School (HMS). Other senior authors on the paper include Wa Xian of the Institute of Medical Biology in Singapore and Brigham and Women’s Hospital, and Christopher Crum, director of women’s and perinatal pathology at Brigham and Women’s Hospital. The researchers worked as part of an international consortium involving scientists from Singapore and France.

The findings will be reported in the Oct. 28 issue of Cell.

For many years, clinicians have observed that patients who survive acute respiratory distress syndrome (ARDS), a form of airway damage involving wholesale destruction of large regions of lung tissue, often recover considerable pulmonary function within six to 12 months. But researchers did not know whether that recovery was due to lung regeneration or to some other kind of adaptive remodeling.

“This study helps clear up the uncertainty,” said McKeon. “We have found that the lungs do in fact have a robust potential for regeneration, and we’ve identified the specific stem cells responsible.”

To probe the potential for lung regeneration, Xian, McKeon, and colleagues infected mice with a sublethal dosage of a virulent strain of H1N1 influenza A virus. After two weeks of infection, these mice showed a loss of nearly 60 percent of tissue in the lung air sacs, but — remarkably — by three months, the lungs appeared completely normal by all histological criteria.

These findings demonstrated true lung regeneration, but raised the question of the nature of the stem cells underlying this regenerative process.

Adapting the methods for cloning epidermal skin stem cells pioneered by Howard Green, the George Higginson Professor of Cell Biology at HMS and the 2010 Warren Alpert Foundation Prize recipient, the researchers cloned stem cells from the lung airway in a dish and watched as they differentiated to unusual structures with gene profiles similar to alveoli, the cells in the lung’s air sacs.

“This was startling to us,” Xian said, “and even more so as we observed the same stem cell populations involved in alveoli formation during the peak of H1N1 infections in mice.” The researchers genetically traced the formation of new alveoli to a discrete population of stem cells in the fine endings of the conducting airways that rapidly divide in response to infection and migrate to sites of lung damage.

The scientists were intrigued when molecular dissection of these incipient alveoli revealed the presence of an array of signaling molecules known to control cell behavior, suggesting the possibility that these molecules coordinate the regeneration process itself.

Currently, the team is testing the possibility that the secreted factors they observed might promote regeneration, suggesting a therapeutic approach for conditions such as chronic obstructive pulmonary disease and even asthma. They also foresee the possibility that these distal airway stem cells could contribute to repairing lungs scarred by irreversible fibrosis, conditions resistant to present therapies.