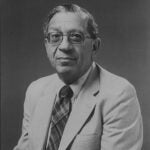 Scholar has illuminated and defined understanding of early American history

Named in honor of maritime historian Adm. Samuel Eliot Morison, who cut the ribbon to open the museum in April 1976, this award is given to an individual of public service that enhances the image of the USS Constitution and reflects the best of Morison: artful scholarship, patriotic pride, and eclectic interest in the sea and things maritime, as well as a desire to preserve the best of our past for future generations.

“Bailyn’s scholarly life has illuminated and defined our understanding of early American history,” said museum President Anne Grimes Rand.  “His contributions to history and education are unrivaled and have paved the way for future students and enthusiasts.”