A child’s memory in military time 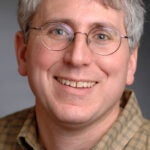 A 1-year-old child can hold onto a memory for at most a week or two, and can’t understand the passage of time until reaching school age, Harvard child development specialists said at a seminar Tuesday aimed at military veterans and members of the armed services.

“The situation of kids asking every few minutes on a car trip, ‘Are we there yet,’ is really just a function of not understanding the passage of time,’’ said Professor Charles A. Nelson III, a professor of pediatrics at Harvard Medical School and a faculty member of the Center on the Developing Child at Harvard University. “You can tell the child, ‘We’ll be there in an hour,’ but they have no concept of what an hour is.”

Such developmental facts are quite relevant when military parents are deciding when to tell their children that their mother or father is being deployed or preparing them for a parent’s return.

“If parents understand the limits of development, they might not get as upset,” said Margaret Sheridan, a psychologist and instructor in pediatrics at Harvard Medical School, speaking at the first seminar in a series by the Harvard College Veterans Engagement Initiative. “If you tell a young child too early that you’re going to leave, they can’t remember much. And when a spouse is upset that someone is leaving they might not prepare the child for his departure.”

Another developmental reality that affects returning military parents is the attachment that young children form to caregivers. Nelson said that children under age 4 are not likely to remember grandparents unless they have seen or at least been reminded of them regularly. That same fact of development could mean a toddler takes time to attach to the parent returning from deployment or other assignment away from home.

Nelson described the development of children’s ability to recognize their parents’ faces (which is not developed before six months), understand different languages, and recognize emotions in others. Each developmental reality bears on how parents perceive what a child is feeling.

Sheridan said she recommends that parents apply a simple method of child rearing: “Reward what you like and ignore what you don’t and be clear about the difference.” Parents tend to leave a child alone who is quietly drawing and to respond emotionally when a child yells, screams, or hits when he or she doesn’t get the candy he or she sees in a store. Instead, she said, the parent should praise the drawing child and, as challenging as it may be, ignore the tantrum.

Listening to the presentations was one veteran in a small audience. Thomas A. Conley, a master’s in public policy candidate at the Harvard Kennedy School, was discharged in June from the Air Force. He has a 16-month-old son, Grant.

Conley said Grant was not born when he was away from home for extended periods during his five years in the Air Force and five more in the National Guard, but that he still found the information enlightening.

“A lot of people don’t understand the developmental stages,” said Conley. “It was 30 years since I was my son’s age.”

The series of lectures by Harvard professors and faculty members planned for the rest of the academic year is intended to provide knowledge and skills to service members and veterans to help them and their families transition back to civilian life, said Naji Filali, a student organizer of the series. The group plans to hold future lectures at a veterans’ center in Boston in hope of engaging the wider veteran community, Filali said. The campus group is also launching a campaign to have members of the Harvard community and beyond write thank-you letters to 10,000 returning service men and women — the total number that President Obama has pledged to bring home by year’s end.