With the Earth as teacher 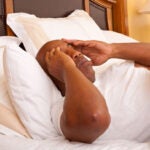 At night, they could walk to the rim of the Kilauea crater, where glowing clouds of steam and gas emanating from a lava lake made a nighttime display. During the day, they visited Hawaii’s geologic marvels, from lava flows to the peak of the Earth’s tallest mountain to beaches of green and black sand.

It would be a thrill for anyone. But for Harvard students studying the ways of the earth, ocean, and sky, it was like living a dream.

“I would never want to miss this. It’s a great week,” said Ross Anderson, a senior earth and planetary sciences (EPS) concentrator living in Cabot House.

Anderson was one of roughly 30 students, faculty, and staff from Harvard’s Department of Earth and Planetary Sciences to spend a late-summer week on Hawaii’s Big Island. Home to several active volcanoes, including Mauna Loa, which forms the world’s tallest mountain — 33,000 feet from its seafloor base to its peak, with 4,200 feet above sea level — the island offers a real-time display of the Earth in action.

“The geology is so in your face. It’s fantastic here. It’s hard not to get excited,” said Assistant Professor of Earth and Planetary Sciences Francis Macdonald.

The group was led by Macdonald and by Professor of Geophysics Richard O’Connell. They stayed at a military camp in Hawaii Volcanoes National Park, which encompasses the flows from Kilauea, one of the world’s most active volcanoes. The visit was one of three rotating field trips paid for by the department and open to Earth and Planetary Sciences concentrators each year. The trips — which also explore oceanography on board a ship off Woods Hole, Mass., and structural geology in the Canadian Rockies — seek to expose and inspire students to the subjects they study in class the rest of the year.

“What I’m trying to get them to do is make observations and interpret, to get them thinking like a geologist,” Macdonald said.

After spending a few days exploring the volcanic features of Kilauea, Macdonald and O’Connell brought the students to other sites on the island, including green sand beaches made of olivine, a mineral that makes up part of the Earth’s mantle, miles below their feet; the observatory atop Mauna Loa where Charles Keeling, beginning in 1958, made observations of increased atmospheric carbon dioxide levels; and coral reefs off the coast to better understand their structure and growth.

“Their subject matter is the earth, so they should be familiar with it,” Macdonald said.

After studying the Earth for several years and getting used to thinking of changes over long geologic periods, Anderson was struck by how fast Hawaii’s volcanoes can change the landscape around them.

Patricia Levi, a senior Earth and Planetary Sciences concentrator living in Winthrop House, said this trip and others she has taken are good chances to get exposure to what she studies in class. Just halfway through the trip, Levi said she had been impressed by the green olivine minerals not just on the beach, but in other rocks. She also was struck by seeing “Pele’s hair,” thin strands created when molten rock is thrown into the air and spun out as it cools, named after the Hawaiian goddess of volcanoes.

Even though geology is front and center, Levi said the excursion has another benefit: building community.

“The EPS field trips are a lot of fun. They’re a good chance to get to know other concentrators,” Levi said.