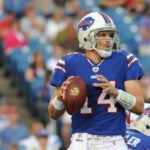 University runners, high school students, and mothers pushing strollers all took part in the 8th annual Brian Honan 5K Run/Walk on Sunday, with cheerleaders from Harvard there to boost them on. Out of 1,200 participants, more than 350 were members of the Harvard community.

Harvard dominated the charity race, with five runners in the top 10 finishers. For instance, Josh Hicks ’11, winner of the 2010 race, won second place with a time of 16:43.7. In her first time running the race, Hannah Borowsky ’15 was the first woman to finish this year, with a time of 18:02.7. “I’ll do it next year for sure,” Borowsky said. “I know a lot of Harvard people who ran in the race today. It was a great social experience.”

A longtime partner of the Honan 5K, the Office of Community Affairs at Harvard sponsors 100 runners for the event, with spots open to any student, faculty member, or staff member. This year, Harvard Business School (HBS) also sponsored 100 runners. The charity run, named for the late city councilor from the neighborhood, benefits the scholarship funds of the Allston Board of Trade and the Brighton Board of Trade, as well as the charitable fund of the Honan family.

“We’ve had tremendous support from Harvard,” said state Rep. Kevin Honan, who represents Allston-Brighton and is Brian’s brother. “A lot of people remember Brian and the causes he cared about. And it’s wonderful to see his friends, family, and members of the community all coming together for this event.”

Caroline Weaver ’13 has run the race for three years. A varsity swimmer, Weaver said the race provides a great opportunity to have fun off campus. “It’s nice to run in the community, and get together with people outside of the pool,” she said. “The race falls right at the beginning of the semester, so it’s a great way to cross-train right before the start of the season. I’ve done it every year I’ve been here, and I hope others take up the tradition after I’m gone.”

For Christine Heenan, vice president of Harvard Public Affairs & Communications, it was her fourth time running the race. “The Honan road race honors the legacy of a community leader, raises money that helps Allston and Brighton, and is a great event for Harvard runners and walkers,” she said. “The participation of more than 350 runners from Harvard and HBS sends an important signal of support to our neighboring communities.”

Fellow runner Craig Rodgers, counselor and psychologist at the Harvard Bureau of Study Counsel, has participated since 2007. An organizer for the Harvard College Marathon Challenge, Rodgers coordinated a pre-race run from the Weld Boathouse to the race’s starting line for about 50 students and staff.

“Community running, whether in groups of two or 100 people, provides visibility for Harvard in the community, as well as fitness,” Rodgers said. “It also gives employees and students a chance to connect outside the Harvard campus.”

For information about Harvard’s other efforts to keep moving, visit Harvard On The Move. The fall schedule is currently posted for both the Cambridge and Longwood campuses.