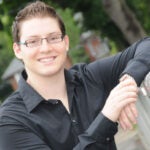 The honor, given by Obama, is the highest government award for science

President Barack Obama named 94 researchers as recipients of the Presidential Early Career Awards for Scientists and Engineers (PECASE), including eight from Harvard. The PECASE award is the highest honor bestowed by the United States government on science and engineering professionals in the early stages of their independent research careers.

“It is inspiring to see the innovative work being done by these scientists and engineers as they ramp up their careers — careers that I know will be not only personally rewarding but also invaluable to the nation,” President Obama said. “That so many of them are also devoting time to mentoring and other forms of community service speaks volumes about their potential for leadership, not only as scientists but as model citizens.”

The recipients will receive the award in a ceremony in Washington, D.C., on Oct. 14.