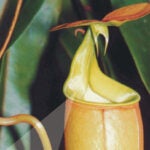 Several researchers at the Harvard-Smithsonian Center for Astrophysics (CfA) are looking away from the skies to focus on a cultural force that usually doesn’t garner much attention from rocket scientists: art.

The researchers are examining the art of their science — and the science of how people look at art — and how art can be best used to convey various types of data to the public. Through surveys and focus groups, those working on the Aesthetics & Astronomy project are studying the most effective use of captions, how images and the information they contain come across on the small screens of today’s ubiquitous handheld devices, and even the eye movements of viewers as they take in stellar images.

The work is being conducted by a trio of CfA researchers, with the aid of a pair of art world experts. The CfA researchers include Kim Arcand, a visualization specialist who works for the Chandra X-Ray Observatory, headquartered at the CfA, and CfA astrophysicists Randall Smith and Jay Bookbinder. They are collaborating with Jeffrey and Lisa Smith at the University of Otago in New Zealand who are experts in the field of aesthetics, which examines the psychology of how people perceive imagery, especially in art.

The project got its start several years ago when Randall Smith was attending a family reunion and saw Jeffrey and Lisa, who are his uncle and aunt. As they talked about their work, Randall Smith realized there was a lot that astrophysicists could learn from the art world when it comes to presenting results visually.

Communicating with the public is an increasingly important part of the job for today’s scientists. Not only do many of them feel a duty to convey the results of their work to the public, an increasing number of grants from the government and private foundations come with stipulations that the projects include an educational component. On top of that, Randall Smith said, because so much science is funded with tax dollars, the public has a right to know where its money is going.

“Our goal is to do a better job getting information out to the public,” Randall Smith said. “An image can inspire, but the kid who’s going to be inspired by an image has to know it’s not just a pretty picture and that the things behind the pretty picture are things that he or she finds interesting.”

The project really got moving, Smith said, when Arcand came on board. Since she is responsible for all of the visual products for the public from the Chandra mission, Arcand had thought about such issues for some time. Because all of the data that Chandra collects comes from X-rays, there is no direct visible light equivalent. Therefore, the images Chandra releases are color-coded representations of the X-ray data, something that some have characterized as misleading, Arcand said. While Arcand disagreed that such images are somehow not “real,” she said the question highlights the importance of studying the perceptions of viewers.

The Aesthetics & Astronomy project’s first completed study examined the impact of different styles of captions on viewers of astronomical images. The captions ranged from what Smith described as “name, rank, and serial number” with the barest information to ones that pose a pertinent question to engage viewers in the images, to still others that present interesting tidbits about what’s in front of them.

Arcand said she was surprised at the results of that study, completed in 2008. She had thought that people faced with stunning images from the orbiting and ground-based telescopes in operation could appreciate the best of them just as visually appealing art. The survey, however, showed that viewers appreciated the images more if they knew what was taking place in them.

????When I first thought about this project, I thought some people might separate form and function, that you could look at the images as art,” Arcand said. “What we found is that there is lost value if they’re taken out of context. There’s a fundamental need for a good narrative, an explanation of color and scale in order to have not only an understanding of an image, but a base appreciation of it.”

Results from the second phase of the Aesthetics & Astronomy research, on how the images are utilized on the array of portable devices in use, are still being analyzed, Arcand said. A third study, under development, will use eye-tracking techniques to analyze how people take in the images.

Arcand said there are many avenues of exploration that could guide researchers toward better ways to connect with the public, including varied representations for different audiences.

“You can’t create effective images without knowing who your audience is,” Arcand said.

The work, which is funded by the CfA’s Smithsonian arm, the Smithsonian Astrophysical Observatory, has been welcomed by the CfA’s scientific community, members of which are interested in the results even if most want to stick closely to rocket science, Arcand said.