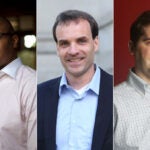 Dear Members of the Harvard Community,

We write to invite your advice and nominations in regard to the search for new members of the Harvard Corporation.

As many of you know, in December 2010, the governing boards adopted a series of changes relating principally to the composition, structure, and practices of the Corporation.  Among them was a decision to enlarge the Corporation from seven to thirteen members over the course of two to three years.  This past July, following an intensive search, we welcomed three new members to the Corporation — Lawrence Bacow, who has just concluded his service as the widely admired president of Tufts University; Susan Graham, a distinguished computer scientist at Berkeley and former president of Harvard’s Board of Overseers; and Joseph O’Donnell, a prominent Boston executive, former Harvard Overseer, and energetic alumni leader.

As we now begin the search for additional colleagues, we would welcome your advice on both the key qualities to seek in the Corporation’s future members and on individuals you believe merit serious consideration.  You may send your thoughts, in confidence, to corporationsearch@harvard.edu.  (Please note that nominations submitted in the prior search will remain in the pool for further consideration.)

Thank you in advance for your thoughtful advice.