Graham to step down as Divinity dean 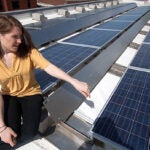 After decade of expanding coverage, he plans year’s leave, return to teaching

Harvard Divinity School (HDS) Dean William A. Graham announced today that he will step down at the end of this academic year. After a year’s leave in 2012-13, Graham, who is also John Lord O’Brian Professor of Divinity and Murray A. Albertson Professor of Middle Eastern Studies in the Faculty of Arts and Sciences, will return to teaching as a Harvard University Distinguished Service Professor. Graham joined the Harvard faculty more than 35 years ago.

“It is a great honor to have been a part of the Divinity School community during a time of internal inquiry and renewal,” said Graham. “After nearly 10 years as dean, I feel the time is right to step aside and let new leadership shepherd the School through its next phase. I am looking forward to focusing more fully on my teaching and scholarship, which first drew me to Harvard.”

“Bill Graham has been a dedicated leader of the Divinity School, helping to build on its important legacy within Harvard while also guiding the significant expansion of its work across religious and cultural divides,” said Harvard President Drew Faust. “I am deeply grateful for his long and varied service to the University — as a scholar, teacher, and dean — and I am pleased that he will remain an active faculty member in the years ahead.”

Under Graham’s deanship, HDS has reshaped its faculty and programs to encompass expertise in religious traditions beyond Christianity by building strength in the study and teaching of Buddhist, Hindu, Islamic, Jewish, and other traditions. More than half of the School’s current faculty members were appointed during Graham’s tenure.

The curricula for the School’s degree programs — the master of divinity, master of theological studies, master of theology, and the doctor of theology — have been revised over the past decade to address the wide-ranging interests and career objectives of the School’s students. About 40 religious traditions and denominations are represented in the HDS student body, and students often identify their recurring engagement with diversity — religious, ethnic, gender, and socioeconomic — as one of the most challenging and rewarding aspects of their HDS education.

In response to student need, the School has increased financial aid at a rate significantly faster than inflation and increases in tuition. Today, 90 percent of HDS master’s degree students receive financial aid, with more than 70 percent of them receiving at least full tuition, representing an increase of more than 100 percent over the past decade.

Graham was appointed dean in 2002. He has been a member of the Harvard Faculty of Arts and Sciences since 1973 and has served as director of the Center for Middle Eastern Studies, master of Currier House, and chair of the Department of Near Eastern Languages and Civilizations, the Committee on the Study of Religion, and the Core Curriculum Subcommittee on Foreign Cultures in the College. He also helped to create the undergraduate concentration in the comparative study of religion in 1974.

He is a former chair of the Council on Graduate Studies in Religion (United States and Canada). His scholarly work as a historian of religion has focused on early Islamic history and textual traditions and problems in the history of world religion. In 2000, he received the quinquennial Award for Excellence in Research in Islamic History and Culture from the Research Centre for Islamic History, Art and Culture, the research institute of the Organization of the Islamic Conference.

He has held John Simon Guggenheim and Alexander von Humboldt research fellowships and is a fellow of the American Academy of Arts and Sciences. His book “Divine Word and Prophetic Word in Early Islam” was awarded the American Council of Learned Societies History of Religions Prize in 1978. Graham has also authored “Beyond the Written Word: Oral Aspects of Scripture in the History of Religion” (1987) and “Islamic and Comparative Religious Studies” (2010), co-authored a number of additional books, and written numerous articles and reviews.

The search for a new dean will commence this fall with the appointment by Faust of a search advisory committee drawn from the HDS faculty and scholars in relevant fields in the Faculty of Arts and Sciences and across the University.