Economic impact of living with a smoker 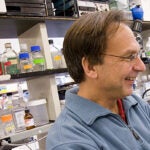 Children who live in households where they are exposed to tobacco smoke miss more days of school than do children living in smoke-free homes, a new nationwide study confirms.   The report from investigators at Harvard-affiliated Massachusetts General Hospital (MGH) — which finds these children have higher rates of respiratory illnesses that can be caused by secondhand smoke and details the probable economic costs of their increased school absence — has been released in the online edition of Pediatrics.

“Among children ages 6 to 11 who live with smokers, one-quarter to one-third of school absences are due to household smoking,” says Douglas Levy of the Mongan Institute for Health Policy at MGH, the paper’s lead author.  “On a national basis these absences result in $227 million in lost wages and time for caregivers or their employers.”

The authors note that one-third of U.S. children live with at least one smoker, and more than half of those ages 3 to 11 have detectable levels of a blood marker for tobacco exposure.  Secondhand smoking has been shown to increase incidence of ear infections and several respiratory conditions, and school absenteeism is an accessible measure of serious illness in children.  Earlier studies of the relationship between lost school days and household smoking have focused on local populations and did not evaluate the severity of the problem’s impact.  The MGH team analyzed data from the 2005 National Health Interview Study, an annual in-person survey of representative households nationwide.

Adults responding from households with schoolchildren ages 6 to 11 were asked to evaluate each child’s general health and to answer the following questions:

Of the 3,087 children whose information was analyzed for this study, more than 14 percent lived in a home with at least one person who smoked in the house — 8 percent lived with one household smoker and 6 percent with two or more — which represents 2.6 million children nationwide.  Children living with one in-home smoker had an average of 1.06 more days absent, and those living with two or more had 1.54 more days absent than did children living in homes where no one smoked indoors.

Illnesses associated with exposure to tobacco smoke — including ear infections and chest colds — accounted for 24 percent of absences in children living in homes where one person smoked indoors and 34 percent for those living in homes with at least two in-home smokers.  Household smoking did not increase gastrointestinal illness, and although there also was no association with an asthma diagnosis or asthma attacks, the study sample may have included too few children with asthma to reflect smoke exposure’s known role as an asthma trigger.

The researchers also calculated the potential costs associated with the need to care for children absent from school owing to smoke-exposure-related illness — costs including lost income for parents without paid time off, the costs to employers of the lost work, and the inability of caregivers not employed outside the home to take care of usual household tasks.

“The total impact nationwide was $227 million in lost wages and household work for the families of the 2.6 million children living with smokers and for their employers. Since almost half of the smoking households in our study had low incomes, that impact may be strongest on households least able to afford it,” says Levy, who is an assistant professor of medicine at Harvard Medical School (HMS).

“The health impact of living with a smoker is probably more extensive than our study shows, since the survey only asked about three conditions associated with smoke exposure and we know there are several more,” says Levy.  “And since the absentee levels we report are averages, there probably are kids who miss much more school because they live with smokers than our study found.  More research is needed to help understand the long-term health, developmental, and economic consequence of growing up in a home where people smoke.”

HMS Professor of Medicine Nancy Rigotti of the Mongan Institute for Health Policy and the MGH Tobacco Research and Treatment Center is senior author of the Pediatrics report, and HMS Associate Professor of Pediatrics Jonathan Winickoff of MassGeneral Hospital for Children is a co-author.  The study was supported by grants from the Flight Attendant Medical Research Institute, the American Academy of Pediatrics, and the National Heart, Lung and Blood Institute.