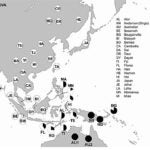 Harvard experts on sustainability science convened at the Faculty Club Monday with others from around the world to consider ways to help the world’s rapidly industrializing nations grow in environmentally friendly ways.

The forum, “Research Frontiers in Sustainability Science: Integrative Regional Initiatives in China, Brazil, and India,” drew about 55 participants from Harvard, Italy, India, China, and Brazil to examine coming challenges posed by growth in three of the most rapidly industrializing nations. The session was sponsored by Harvard Kennedy School’s (HKS) Sustainability Science Program and the Italian Ministry for Environment, Land and Sea.

The session also marked the move into a new phase of research for the Sustainability Science Program, which was created in 2007 through a grant from the Italian government. The program’s director, William Clark, Harvey Brooks Professor of International Science, Public Policy and Human Development at HKS, said the program came about because Corrado Clini, Italy’s director general for sustainable development, climate, and energy, thought such issues should be examined at a major university. A recent follow-up grant has allowed the program, within the Center for International Development, to move into a new phase, Clark said.

For the past six years, the program has examined areas of concern such as water resources, biofuels, and land and water use planning. The latest grant will allow the program to refocus its research on the intersection of different development challenges.

During the session, experts made presentations on sustainability challenges facing China, India, and Brazil. For China, speakers addressed the issue of water use and conservation. For Brazil, panelists spoke about the impact of climate change and deforestation on the Amazon’s hydrologic cycle. For India, panelists discussed industrial emissions, emissions permit trading, and government regulation. A last group discussed the importance of innovation in making development sustainable.

In China and around the world, energy and water issues are inextricably linked. Energy production is a water-intensive activity, and not just in hydropower dams. China is the world’s biggest power consumer and has the largest energy system. It is also the largest greenhouse gas emitter. If things don’t change, China will become a major energy importer by 2035, having to import fuel to provide 40 percent of its power, according to Henry Lee, the Jassim Jaidah Director of the HKS’s Environment and Natural Resources Program.

Lee, who led the China panel, said that nation is facing enormous issues, but the government has developed a strong will to address environmental problems. This comes after decades of ignoring the environment in favor of industrial growth, said Chen Ling, an assistant professor in public policy and management at Tsinghua University. Those policies allowed polluting practices to continue, ruining air and water, Ling said, and creating “cancer villages” where people suffer high rates of the disease.

Conflicts have cropped up over water usage, Lee said. Agriculture uses 70 percent of the massive nation’s water, but contributes just 10 percent to the national GDP. Industrial consumption is growing, he said, and the redistribution of water from agriculture to industry has led to protests by thousands of small farmers.

China is also facing water-distribution problems related to geography, because 47 percent of its population is in northern China, along with 65 percent of its cultivated land, but less than 20 percent of the nation’s water supply is there. Water prices have been kept artificially low, which has kept prices down for users. But Lee said that has also discouraged conservation practices, such as low-water irrigation and the development of water-saving technology.

Venkatesh Narayanamurti, the Benjamin Peirce Professor of Technology and Public Policy, professor of physics, and former dean of Harvard’s School of Engineering and Applied Sciences (SEAS), praised the forum, saying the issues surrounding sustainability are global and that a broad-based approach is needed to address them. Because of the breadth of scholarship at Harvard in disciplines from public policy to science to engineering, the University is a unique place in which to conduct the search for solutions, he said.

“The global aspect is an extremely important aspect. And unless we figure it out, we will not succeed,” Narayanamurti said.

HKS Dean David Ellwood said examining where different challenges overlap is an important approach because nearly all the world’s major challenges cross boundaries, whether between disciplines or between nations.

Clini said the program’s research has addressed technical, economic, and scientific issues related to sustainability. Now, it is looking to address global issues related to the rapid industrialization of some of the largest nations.

“This is now the moment for supporting the economic growth of emerging economies with best practices to avoid conflict of economic growth and environmental collapse of the planet,” Clini said.