‘Porgy and Bess,’ made new 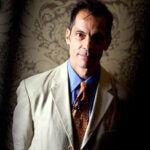 Much has been said about the American Repertory Theater’s (A.R.T.) new version of the 1935 opera “Porgy and Bess.” But as the show continues to evolve, its director prefers to keep the ever-changing details quiet, opting to let the production of “The Gershwins’ Porgy and Bess” speak for itself.

“It’s been great to have so much dialogue about the production,” said A.R.T. Artistic Director Diane Paulus, who has stirred debate in the theater world with her new take on the classic work, which features music by legendary composer George Gershwin and lyrics by his brother Ira and author Dubose Heyward. “We hope people come to see it, and get involved and engage with it. That’s the goal.”

It’s not surprising that Paulus is reimagining the legendary American folk opera set during the early 1900s in a black enclave in South Carolina with a disabled beggar and his drug-addicted love as its central characters. The director is known for infusing fresh life and energy into familiar works and engaging new generations of theatergoers with her innovative takes on live performance. In this case, the concept of reworking the show has drawn criticism from veteran composer Stephen Sondheim.

But for Paulus, at the heart of the new production remains the emotional pull of the original.

“We are interested in developing a deeply moving, powerful, and evocative version of this great classic,” said Paulus, who is continuing to rework the show during its run at Harvard’s A.R.T. before it moves to Broadway. “The difference is we are on a musical stage, not an operatic one, so there’s a different scale we are working in. And I am hoping that it’s not about reducing it. It’s about heightening the intensity of the experience.”

Paulus also turned to another group for inspiration in the early stages of refashioning the opera into more of a musical. Last spring she co-taught a Harvard College class with Marjorie Garber, William R. Kenan Jr. Professor of English and of Visual and Environmental Studies, called “Porgy and Bess: Performance and Context.”

“It was an immersion in the historical context of the piece and how it has changed over the 20th century,” said Paulus, who brought in guests such as the show’s set designer and choreographer, as well as a lawyer for the Gershwin estate, to talk to the class. The students examined the history of the piece in depth, studying everything from Heyward’s original novel to the 1959 film staring Sidney Poitier.

Eager to hear what 18-year-olds thought of the piece in 2011, Paulus said the course culminated in an examination of the planning for the A.R.T. production.

“The students were really in the room discussing what we were thinking of doing for the production. They were contributing to thoughts that at the time were being developed” for the show.

While bringing arts into the life of the academic community is paramount for Paulus, so too is bringing her work to the community at large.

“It was so important to me that a show like this … is shared with the most diverse and broadest spectrum of Boston audiences,” she said, adding, “We have made a huge effort to create access and dialogue around the production.”

In that vein, hundreds of local high school students will attend performances, and many will participate in a series of educational activities and discussions with teaching artists as part of the A.R.T.’s Education Experience initiative. In addition, through its Community Connections program, the A.R.T. will offer discount tickets and workshops, classes, mentoring opportunities, and private performances to several nonprofit organizations in the Boston area.

“My hope for an audience is that they come to the production and they not only talk about the great music that they all know and love, but that they are deeply moved by the story and by the characters, so that it’s an experience that is deep, and powerful and moving in all ways.”