A college degree is not optional 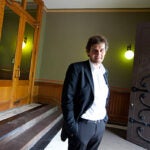 A college education is not optional. That was what my parents said to me. As I grew older, I knew they were right in that funny way that parents usually are but that we don’t want to admit.

They didn’t pressure me to be a doctor or a lawyer, but I had to go to college, and there were no ifs, ands, or buts about it. They said it was a place to figure out the rest of my life. After years of waking up early and endless exams, the idea of putting college off for a little while was tempting. But not only was college not optional, it couldn’t be postponed. Their fear was that I would either become lazy or get pregnant. You see, a certain level of importance was put on my graduation. I would be the first in my family to complete college.

My mother and father were in their early to midteens when they began to date. They were unable to complete high school because of unforeseen circumstances. Before you get any wild ideas, I was not one of those circumstances. After five years of dating, they took a walk down the aisle. A year later, I was born.

In preparation for my birth, my parents received their GEDs together. My mother took some college courses when I was in grade school, but had to stop before receiving a degree. To this day, my father takes classes at New York City College of Technology in pursuit of his bachelor’s degree in paralegal studies. Aside from my parents, I have a few aunts who tried one or two semesters of college, but were unable to complete a degree.

Having never made a transition from high school to college, my family members were unequipped with the experience to help me with college decisions. So what happens when you are the first one in your family to make that transition? If you are anything like me, you felt completely lost.

Like any kid, I made many mistakes. At my high school, there were thousands of students. I saw my guidance counselor twice in the three years I spent there. Now, I’m aware that I should have been aggressive. But then, I was a shy teenager. Instead of buying or borrowing a book on getting into college, I was assumed to know how the process worked. I failed to take a realistic look at my high school grades and applied to schools far out of my reach. After three painful rejection letters, I scrambled to find any school that would take me.

Once admitted, I spent the academic year making sure that my grades were better and picked a major that I thought sounded great in the school catalog. Eventually, I decided to apply to a university with a real campus feel. So I settled on Saint John’s University. After a couple of schools, four majors, and many student loans, I found myself crossing that big stage. I shook hands with the dean of my college and received a bachelor of fine arts in creative photography. I accomplished what my parents had worked so hard for.

Yet, something didn’t feel right. I had the degree, but was still unsure of my chosen career path.

Two years later, I found myself attending the Harvard Extension School, trying out yet another concentration I was unsure of. Yet this time, I realized I really needed to figure out what would make me happy. I’ve spent the better part of my college career choosing majors that I thought would help me care for my family in the future. Although that was a nice gesture, I was bouncing around because I hadn’t asked myself the difficult question: What do I truly want to be when I grow up? It wasn’t an easy question.

After some soul-searching, I realized that reading mountains of books makes me happy. I have been enveloping myself in books since I was young. My goal is to become a book editor and perhaps one day discover the next great American novel. Although it has taken 10 years to get here, it wouldn’t have been possible without my parents’ great advice. A college education is not optional.