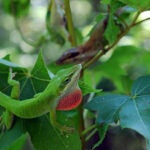 Researchers from Harvard-affiliated Dana-Farber Cancer Institute and the Scripps Research Institute in Jupiter, Fla., report they have created prototype drugs having powerful anti-diabetic effects, yet apparently free — at least in mice — of dangerous side effects plaguing some current diabetes medications.

The researchers say that their “proof-of-principle” findings could lead to safer medications for type 2 diabetes, which affects more than 25 million children and adults in the United States. Their findings are being published Sept. 4 by the journal Nature as an advanced online publication and later in a print edition.

One of the drug prototypes proved capable of reducing disease symptoms in diabetes-prone mice without triggering weight gain or fluid retention, potential side effects of current drugs such as rosiglitazone (Avandia) and pioglitazone (Actos) that can have had fatal consequences in some patients.

Bruce Spiegelman of Dana-Farber and Patrick Griffin of Scripps led the scientific group that developed a series of related compounds and tested them in overfed and genetically obese mice. While these novel compounds would not be suitable for use in human patients, the scientists say the results showed that they had succeeded in building selective anti-diabetic molecules that minimize the risk of severe side effects.

“This insight shows how you can make new compounds that appear to be safer, but you don’t know for sure until a drug is developed that you can give to patients,” says Spiegelman, the Stanley J. Korsmeyer Professor of Cell Biology and Medicine at Harvard Medical School.

Avandia and Actos are members of a drug class called thiazolidinediones (TZD) that have proven to be effective, oral diabetes drugs and are well tolerated by most patients. In a minority of patients, however, Avandia and Actos have been linked to cardiac complications, including fatal heart attacks and loss of bone density. The drugs are under close scrutiny by federal regulators, and are prescribed cautiously by physicians.

TZD drugs target a metabolic “master regulator” of fat cell development, called PPAR-gamma, which is a transcription factor controlling the behavior of a host of genes and proteins related to diabetes. Spiegelman’s lab discovered the role of PPAR-gamma as a regulator of fat cell development in 1994. The new experimental compounds also target PPAR-gamma, but through a different mechanism discovered this past year.

Actos and Avandia are so-called “agonists” of PPAR-gamma. That is, they bind to the molecule, like a key fitting into a lock, and activate it. When activated, PPAR-gamma causes changes in an unknown number of “downstream” genes and proteins. This cascade treats diabetes by improving cells’ response to insulin and helping the body to control blood sugar. However, the researchers believe this series of molecular events initiated by PPAR-gamma agonism also causes the harmful fluid retention, weight gain, and loss of bone density.

Until recently, it had been assumed that Avandia and Actos worked exclusively by agonizing PPAR-gamma. But in 2010, Spiegelman and Griffin reported that they had discovered a second, unsuspected effect of the drugs on PPAR-gamma. The TZD drugs, they said, also block a process called phosphorylation, by a molecule known as Cdk5, that modifies PPAR-gamma in a manner that is entirely separate from agonism.  This mechanism, they said, might in fact be more critical to combating diabetes — and, to their surprise, apparently seemed not to cause the worrisome side effects.

In the new report, the team describes the development of synthetic small molecules “that bind tightly to PPAR-gamma yet are completely devoid of classical agonism, and effectively inhibit phosphorylation.”

These findings suggested that it might be possible to develop new diabetes drugs that work entirely by blocking the phosphorylation of PPAR-gamma, thus separating wanted from unwanted effects.

Griffin, who heads Scripps’ Department of Molecular Therapeutics, and his team devised a plan for concocting the prototype drugs. They searched the literature for compounds known to bind with PPAR-gamma, and chose one to serve as a scaffold which they modified in hundreds of ways. The researchers sifted through these modifications until they found several that blocked phosphorylation of PPAR-gamma.

The most effective of these candidates, labeled SR1664, was tested in cultured cells and insulin-resistant mice in the Spiegelman laboratory. It was found to have potent anti-diabetic properties but caused no fluid retention or weight gain. When compared with Avandia, SR1664 showed equivalent anti-diabetic effects, confirming the scientists’ hypothesis that diabetes can be treated by drugs that target PPAR-gamma but don’t agonize the molecule.

These studies illustrate that the development of entirely new classes of PPAR-gamma-targeted drugs is feasible, concludes Spiegelman, who is the Stanley J. Korsmeyer Professor of Cell Biology and Medicine at Harvard Medical School, and his colleagues.

The co-first authors of the paper are Jang Hyun Choi and Alexander Banks in the Spiegelman lab. Support for the research came from the National Institutes of Health.