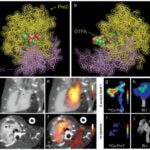 Harvard researchers have found new evidence on the importance of cooking to humans in an unlikely area: the amount of time freed from eating every day.

The research found that processing food through cooking freed up literally hours each day not spent “feeding,” which includes ingesting, chewing, and swallowing food. That newfound time could be spent on other pursuits, such as hunting to procure higher-quality foods, creating tools, and socializing.

The researchers also tracked anatomical changes in ancient human ancestors through time, looking for clues to when cooking might have arisen. They found that the practice was likely invented not by modern humans, but rather by an early ancestor who passed the practice down from its roots more than 1.9 million years ago.

The research, detailed in the Aug. 22 issue of the Proceedings of the National Academy of Sciences, used statistical analysis and evolutionary trees to estimate how long people should spend feeding each day, based on body size and the evolutionary relationship to modern noncooking relatives, such as chimpanzees.

The researchers found that people in theory should spend almost half of their total activity time, 48 percent, feeding. Instead, they spend just about a tenth of that, 4.7 percent of activity time — a dramatic difference that presented at least some early ancestors with a gift of time. Zarin Machanda, one of the paper’s authors and a lecturer on human evolutionary biology, said the rewards from the advent of cooking weren’t shared equally, however. While men were likely freed up to hunt and pursue other activities, an increased burden of food gathering and preparation was placed on women that equaled the time freed up from chewing.

Among the researchers was Richard Wrangham, Ruth Moore Professor of Biological Anthropology, who has long championed the idea that cooking was not merely a way to prepare better-tasting food, but rather was an important evolutionary adaptation in humans. Cooking, he argues, not only increased the calories available to ancestors and gave them more time for other activities, but it also sparked physical changes such as a bigger brain and a smaller gut, and social changes centered around the home and hearth.

The research team also included Chris Organ, a research associate in the Department of Organismic and Evolutionary Biology; Machanda; and Charles Nunn, associate professor of human evolutionary biology. To answer the question of when cooking arose in human history, they tracked a physical characteristic likely tied to the advent of cooking and eating softer food — molar size — through the remains of 14 human ancestors.

Researchers confirmed earlier work, which showed that the drop in molar size that occurred in Homo erectus, in Neanderthals, and in Homo sapiens far outstripped what would be expected by comparing it with other evolutionary changes going in the body. The team found that Homo erectus and Neanderthals spent the same amount of time each day eating as do modern humans. That likely means cooking arose before Homo erectus evolved, 1.9 million years ago.

“It is not just that we feed differently from other primate species, but that changes in the time we spend feeding have been important to our evolution,” Organ said.