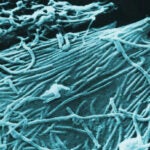 The global obesity epidemic has been escalating for decades, yet long-term prevention efforts have barely begun and are inadequate, according to a new paper from international public health experts published in the Aug. 25 issue of the journal The Lancet. Noting that many countries lack basic population-wide data on children’s weight and height, the authors call on governments around the world to launch a coordinated effort to monitor, prevent, and control obesity, and the long-term health, social, and economic costs associated with it.

The paper is part of a special Lancet series on obesity.

“By imposing a tax on sugar-sweetened beverages (SSBs) and limiting marketing of unhealthy foods to children, governments can lead in making it easier for children to make healthy choices,” said lead author Steven Gortmaker, professor of the practice of health sociology at Harvard School of Public Health (HSPH).

Special taxes and marketing restrictions to discourage smoking have been effective in tobacco control and likely would be effective in reducing SSB consumption, the authors note. Consuming sugar-sweetened beverages increases risk of excess weight gain and obesity, which can lead to a host of health problems, including type 2 diabetes. In addition, SSBs have no additional nutritional value beyond calories, Gortmaker and his colleagues say.

International organizations such as the United Nations, the World Health Organization, and others must participate with the public and private sector to target children and adolescents, in particular, with these and other cost-effective strategies that encourage healthy eating habits and physical activity, the authors say.

In the past 30 years, obesity, defined as a body-mass index (BMI) of more than 30 in adults, has increased globally in both rich and poor countries and in all segments of society. (BMI is weight in kilograms divided by the square of height in meters.) In a companion commentary, William Dietz, director of the Division of Nutrition, Physical Activity, and Obesity of the U.S. Centers for Disease Control and Prevention, writes that if U.S. trends based on historical data for 1988–2008 continue, obesity among U.S. adults will increase from its current level of approximately 32 percent to approximately 50 percent by 2030. The increased costs of treating obesity-associated diseases, such as type 2 diabetes, will reach $66 billion annually in the U.S. by 2030.

Obesity trends and physical activity need closer monitoring in all countries, including high-income countries. Most countries still need basic data: Only a third of European Union nations have representative data on children’s weight and height. Few countries have set targets for obesity rates, changes in dietary intake, or physical activity. In addition, efforts taken by the food industry to reformulate products and undertake other measures to encourage healthier eating should be independently assessed for effectiveness, the authors say.

Gortmaker and his colleagues call for action at multiple levels of society. They provide a list of interventions aimed at children, adolescents, and adults that have been estimated to be cost-effective. In addition to taxes on unhealthy food and drink and restrictions on junk food and beverage TV advertising to children, the authors recommend school-based education, nutrition and physical activity programs for children, and some weight-loss interventions.

The Lancet obesity series precedes the first high-level meeting of the United Nations General Assembly focused on noncommunicable disease prevention and control, set for Sept. 19-20 in New York City. The authors said the meeting “is an important opportunity for the international community to provide the leadership, global standards, and cross-agency structures needed to create a global food system that offers a healthy and a secure food supply for all.”

Support for the paper was provided by the National Collaborative on Childhood Obesity Research, which coordinates childhood obesity research across the National Institutes of Health (NIH), the Centers for Disease Control and Prevention (CDC), and the Robert Wood Johnson Foundation.