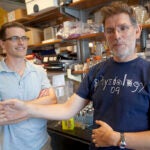 Sleep-disordered breathing (SDB) has been associated with poor cognition in previous research, but it had been unclear whether SDB preceded this impairment in cognition. New research, co-authored by Susan Redline, a researcher in the Division of Sleep Medicine at Harvard-affiliated Brigham and Women’s Hospital (BWH), finds that SDB is associated with and precedes a higher risk of cognitive impairment in older women. These findings will be published in the Aug. 10 issue of the Journal of the American Medical Association.

“Even after adjusting for age, body mass index, education, diabetes, and baseline cognitive scores, we found that indices of hypoxia, but not sleep fragmentation or duration, were associated with increased risk for mild cognitive impairment and dementia, suggesting that hypoxia is a likely mechanism through which SDB increases risk for cognitive impairment,” said Redline, who is the Peter C. Farrell Professor of Sleep Medicine at Harvard Medical School (HMS).

Researchers studied nearly 300 women with a mean age of 82, free of dementia at initial examination. Between 2002 and 2004, 105 of these women were diagnosed with SDB defined as having 15 or more apneas and intermittent hypoxemia per hour of sleep. Five years later, they followed up with the women to determine their cognitive status, which was classified as normal, dementia, or mild cognitive impairment (MCI). Researchers found that compared to the women without SDB, those with SDB were nearly two-fold more likely to develop cognitive impairment.

The lead author is Kristine Yaffe of the University of California, San Francisco. Co-author Katie Stone of California Pacific Medical Center directed the Coordinating Center for the study, while co-author Redline directed the sleep study analysis. This research was conducted using the Study of Osteoporotic Fractures (SOF) cohort, which is supported by the National Institutes of Health.