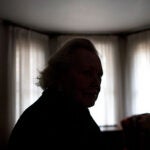 A new study by Harvard School of Public Health (HSPH) researchers finds a strong association between the consumption of red meat—particularly when the meat is processed—and an increased risk of type 2 diabetes. The study also shows that replacing red meat with healthier proteins, such as low-fat dairy, nuts, or whole grains, can significantly lower the risk.

The study, led by An Pan, research fellow in the HSPH Department of Nutrition, will be published online in the American Journal of Clinical Nutrition on Aug. 10 and will appear in the October print edition.

“Clearly, the results from this study have huge public health implications given the rising type 2 diabetes epidemic and increasing consumption of red meats worldwide,” said Hu. “The good news is that such troubling risk factors can be offset by swapping red meat for a healthier protein.”

The researchers say that people should minimize consumption of processed red meat—such as hot dogs, bacon, sausage, and deli meats, which generally have high levels of sodium and nitrites—and cut back on unprocessed red meat. If possible, the researchers say, red meat should be replaced with healthier choices, such as nuts, whole grains, low-fat dairy products, fish, or beans.

Worldwide, diabetes has reached epidemic levels, affecting nearly 350 million adults. In the United States alone, more than 11 percent of adults over age 20 — 25.6 million people — have the disease, according to the Centers for Disease Control and Prevention. Most have type 2 diabetes, which is linked to obesity, physical inactivity, and an unhealthy diet.

Another HSPH study in 2010 linked eating red meat with an increased risk of heart disease—which is strongly linked to diabetes—but did not distinguish between processed and unprocessed red meats.

This new study — the largest of its kind in terms of sample size and follow-up years—finds that both unprocessed and processed meats pose a type 2 diabetes risk, thus helping to clarify the issue. In addition, this study is among the first to estimate the risk reduction associated with substituting healthier protein choices for red meat.

“Our study clearly shows that eating both unprocessed and processed red meat — particularly processed—is associated with an increased risk of type 2 diabetes,” said Pan. He noted that the 2010 U.S. dietary guidelines continue to lump red meat together with fish, poultry, eggs, nuts, seeds, beans, and soy products in the “protein foods” group. But because red meat appears to have significant negative health effects — increased risk of diabetes, cardiovascular disease, and even total mortality, as suggested by several recent studies—Pan suggested the guidelines should distinguish red meat from healthier protein sources and promote the latter instead.