From skin cells to motor neurons 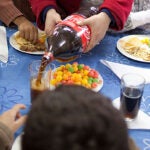 A team of Harvard stem cell researchers has succeeded in reprogramming adult mouse skin cells directly into the type of motor neurons damaged in amyotrophic lateral sclerosis (ALS), best known as Lou Gehrig’s disease, and spinal muscular atrophy (SMA). These new cells, which researchers are calling induced motor neurons (iMNs), can be used to study the development of the paralyzing diseases and to develop treatments for them.

Producing motor neurons this way is much less labor intensive than having to go through the process of creating induced pluripotent stem cells (iPSC, iPS cells), and is so much faster than the iPS method that it potentially could reduce by a year the time it eventually takes to produce treatments for ALS and SMA, said Kevin Eggan, leader of the Harvard team.

Importantly, the direct reprograming does not involve the use of any factors known to trigger cancer or any other disease states, and the factors in fact make the fibroblasts, the connective tissue cells that make and secrete collagen proteins, stop dividing.

The work by Eggan, a member of the Harvard Stem Cell Institute principal faculty and an associate professor in Harvard’s Department of Stem Cell and Regenerative Biology (SCRB), and his colleagues builds on and advances work by SCRB co-chair and Professor Doug Melton, who pioneered direct cellular reprogramming, and Marius Wernig of Stanford, who used direct reprogramming to produce generalized neurons.

In a paper given “Immediate Early Publication” online by Cell Stem Cell, the Eggan team reports that the cells they are calling iMNs appear to be fully functional. “One of the most important things we’ve done is show that when you put them into the embryo they function normally like motor neurons,” Eggan said in an interview. “They move to the right place and function on their own.”

When placed in the spinal cord of a chicken embryo, the iMNs settle into the cord and send out their projections to connect with muscles. “That’s a unique thing,” Eggan said. “We showed [that] they have contact with muscle cells and make synapses with them.”

When the iMNs cells were placed in a lab dish with muscle cells, they made what appeared to be normal contact, Eggan said, “and when we add curare to the dish, that contact stops over time — which is exactly what curare does in nature; it is an antagonist to the receptors on the muscle cells.” Curare, which is used as a paralyzing agent by anesthesiologists, is the substance some South American native people place on the end of darts to hunt game.

“One of the utilities [of this new method for producing motor neurons] is it makes a much more rapid way to grow motor neurons. This could allow us to test very rapidly whether a new therapeutic is likely to be effective,” Eggan said. “Realistically, it takes about a year for us to create an iPS cell line; this [approach] takes weeks.” In the past, producing iPS motor neurons from a patient’s skin cells, and producing them in large quantities, could require the effort of 100 people. “This reduces both the time involved and scale of effort, which is particularly important in these tough economic times, as it obviously also reduces the costs involved.”

Explaining how this success was built on previous discoveries, Eggan said, “We had been taking fibroblasts from mouse embryos, skin cells, and were able occasionally, rarely, … to turn those cells into motor neurons using a set of factors we developed. We were struggling. And at that moment, Marius Wernig came up with a system for what I would call making generic neurons; they were electrically active, they looked like neurons, but they didn’t have the properties you could assign to any neural cell type. But when we combined our factors with his factors, it allowed us to go on and make motor neurons.”