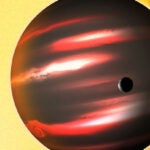 Alien world is blacker than coal

A new study finds that a protein key to Parkinson’s disease has likely been mischaracterized. The protein, alpha-synuclein, appears to have a radically different structure in healthy cells than previously thought, challenging existing disease paradigms and suggesting a new therapeutic approach.

“Our data show that alpha-synuclein was essentially mistakenly characterized as a natively unfolded protein that lacked structure,” said Dennis Selkoe, the Vincent and Stella Coates Professor of Neurologic Diseases at Brigham and Women’s Hospital and Harvard Medical School and senior author of the paper, to be published online Aug. 14 in the journal Nature. “We think this discovery has fundamental importance for understanding both how alpha-synuclein normally functions and how it becomes altered in Parkinson’s.”

When it comes to proteins, function follows form. A protein consists of a chain of chemical building blocks (amino acids), typically folded into an exquisite three-dimensional structure. Each twist and turn in the chain contributes to the protein’s unique properties and behavior, so it is critical for scientists to accurately describe the arrangement of folds. But sometimes, they get the entire pattern wrong.

The new study suggests that this is what happened with alpha-synuclein, which forms clumps called Lewy bodies in the brains of patients with Parkinson’s and certain related disorders. Scientists have long assumed that alpha-synuclein occurs in healthy cells as a single, randomly coiled chain that resembles a writhing snake. Selkoe’s team has proven, however, that the structure is far more orderly and sophisticated.

“This will open some new therapeutic doors,” said first author Tim Bartels, a postdoctoral researcher in Selkoe’s lab. “Everybody thought the protein was unfolded, so pharmaceutical companies have focused on preventing unfolded alpha-synuclein from aggregating.”

He recommends a new strategy — keeping the folded form of the protein stable.

How did the true structure of alpha-synuclein in healthy cells evade researchers for so long? Scientists knew that alpha-synuclein was abundant in the brain before they made the connection between the protein and Parkinson’s disease in 1997. Experiments in the mid-1990s indicated that it was stable when exposed to conditions that typically disrupt the structure of proteins.

Consider what happens when an egg is boiled: The liquid proteins of the egg white are precipitated by the heat and congeal into a dense white mass. But alpha-synuclein seemed to behave like an egg that remains entirely viscous despite many minutes on the stove. It didn’t precipitate and congeal when boiled. This apparent hardiness made alpha-synuclein easy to work with in the lab. Scientists could boil the protein, even douse it with detergents and other harsh chemicals, while seemingly leaving its structure intact.

Bartels and Selkoe wondered whether labs might be overlooking important aspects of the protein’s natural biology by handling it so roughly, so they designed experiments to probe alpha-synuclein’s behavior using gentler methods. They also bucked a trend by working with protein gathered from human cells rather than from engineered bacteria. The goal was to gain new insight into alpha-synuclein’s clustering behavior.

The initial data took them by surprise. Single, isolated chains of alpha-synuclein — the “monomeric” form of the protein — were absent from their cellular samples.

“I did my Ph.D. on alpha-synuclein, and — like the rest of the world — I assumed that it occurs natively as a monomeric, unfolded protein, so I was shocked,” said Bartels.

The researchers observed tetrameric alpha-synuclein to be the dominant form of the protein in healthy human cells, and remarkably resistant to aggregation. The tetramers maintained their original structure for 10 days, the entire length of the experiment, while the team monitored their samples for clustering behavior. In stark contrast, alpha-synuclein monomers began to form clusters after a few days and ended up as large aggregates called amyloid fibers. The Lewy bodies that accumulate in the brains of patients with Parkinson’s consist mainly of such amyloid fibers.

“We hypothesize that the folded protein must disassemble into monomers before large pathological aggregates can form,” said Selkoe, who is also co-director of the Center for Neurologic Diseases at Brigham and Women’s Hospital. “If we can keep alpha-synuclein tetrameric and soluble, we might be able to prevent the neuronal degeneration of Parkinson’s disease from progressing — or perhaps from even developing.”

The finding could also prove useful in the quest for new diagnostics. Perhaps ratios of tetrameric protein to monomeric protein in blood cells, serum, or spinal fluid will correspond to different propensities or stages of the disease.

Finally, the discovery of the folded tetramers should help labs to determine the function of alpha-synuclein in healthy cells, which is still much debated. This knowledge should, in turn, contribute to researchers’ understanding of Parkinson’s and other diseases characterized by the formation of Lewy bodies rich in aggregated alpha-synuclein.

The research was funded by the National Institute of Neurological Disorders and Stroke.