Cancer stem cells made, not born 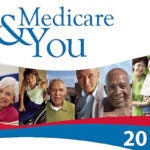 In cancer, tumors aren’t uniform: they are more like complex societies, each with a unique balance of cancer cell types playing different roles. Understanding this “social structure” of tumors is critical for treatment decisions in the clinic because different cell types may be sensitive to different drugs. A common theory is that tumors are a hierarchical society, in which all cancer cells descend from special self-renewing cancer stem cells. This view predicts that killing the cancer stem cells might suffice to wipe out a cancer.

New findings by scientists at the Broad Institute of Harvard and MIT and Whitehead Institute, however, point to a much more decentralized society, with cancer cells able to interconvert between different types. These results have potential implications for the treatment of tumors, in particular, that attacking cancer stem cells alone may not be enough to fight cancer.

The research, which appears in the Aug. 19 issue of Cell, was led by Broad Director and senior author Eric Lander and first author Piyush Gupta, a Whitehead Institute member and assistant professor of biology at Massachusetts Institute of Technology who conducted this work as a postdoctoral researcher in Lander’s lab. The research combines experimental evidence and mathematical modeling to show how cancers maintain their unique cellular balance.

The common view is that tumors have cancer stem cells that behave like stem cells in normal development — at the top of a hierarchy of cell types, giving rise to both more cancer stem cells and daughter cells of other types. “The notion is that the only way stem cells occur is by self-renewal. Our work says that analogy may be wrong,” said Lander.

The new work suggests an alternative possibility: that cancer cells are not fixed at all, but that, at any given point in time, they exist in one of several phenotypic “states” and those states can interconvert. In comparison to the traditional one-way hierarchy of cancer stem cells, in this new alternate model, more differentiated nonstem cells can revert to being stemlike cells. “That’s not a hierarchical society at all,” Lander said. “Cells aren’t born into a medieval guild; they can change jobs.”

Working with cancer cell lines cultured in the laboratory, scientists had observed that just as solid cancers tend toward certain proportions of cell states, cell lines in vitro also settled into a balance, or equilibrium. “We wanted to understand how cancer cells stably maintain characteristic proportions of these different states for extended periods of time,” said Gupta. A better understanding of the mechanisms controlling that equilibrium could give a clearer picture of the nature of cancer at a cellular level.

The return to equilibrium proportions happens so rapidly that it cannot be due to different growth rates of the different cell types, but must instead be due to cells changing their state.

The authors showed that the process can be modeled — and accurately predicted — using a mathematical tool called a Markov model, in which cells change their states independently of one another. Although the process is completely decentralized, it quickly returns to the same equilibrium.

Surprisingly, the model predicted that nonstem cells can convert into stemlike cells. The team then showed experimentally that stemlike cells indeed arise quickly in the sorted subpopulations. In contrast with the traditional one-way view of cancer stem cells, the findings provide strong evidence for the alternate view of cancer cells and cancer stem cells as flexible entities that can change state.

The model also provides a quantitative framework to help predict the effects of genetic perturbations, potential therapeutic interventions, or other external pressures on populations of cancer cells.

The researchers now have to test whether tumor cells growing in patients show those same properties as well as understand the cellular mechanisms by which cells can change their states.