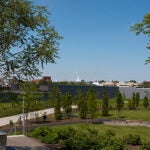 The Damon Runyon Cancer Research Foundation, a nonprofit organization focused on supporting innovative early career researchers, has named 18 new Damon Runyon Fellows, including three from Harvard. The recipients of this prestigious, three-year award are outstanding postdoctoral scientists conducting basic and translational cancer research in the laboratories of leading senior investigators across the country. The fellowship encourages the nation’s most promising young scientists to pursue careers in cancer research by providing them with independent funding ($156,000 each) to work on innovative projects.

The 2011 Damon Runyon Fellows from Harvard:

Sumeet Sarin, with his sponsor Joshua R. Sanes, professor of molecular and cellular biology at Harvard University, is studying how neurons use unique molecules on their cell surface to recognize one another during development. Such recognition is critical in ensuring appropriate spatial patterning and normal organ formation. A hallmark of cancerous cells is the inappropriate reactivation of cell migration, and the disruption of these patterns.

Cole Trapnell, with his sponsor John L. Rinn, assistant professor of stem cell and regenerative biology at Harvard University, studies the role of long noncoding RNAs (lncRNAs) in cancer. When tissue is damaged (e.g., by radiation or carcinogens), this class of genes may cause cancer or make it more difficult to treat. Using software and mathematics that he has developed for the analysis of massive-scale sequencing data, Trapnell aims to discover which genes are misregulated by lncRNA in tumor cells. This research may lead to the discovery of lncRNAs that could be targeted to halt cancer progression.

Scott J. Valastyan, with his sponsor Joan S. Brugge, Louise Foote Pfeiffer Professor of Cell Biology at Harvard Medical School, seeks to uncover novel regulators of breast cancer metastasis. He has devised a novel experimental system that is capable of defining and exploiting the phenotypic heterogeneity and genetic diversity that exists within tumor cell populations. He anticipates that these studies will provide insights that further our comprehension of metastatic progression and suggest novel targets for the diagnosis and/or treatment of human breast cancer.