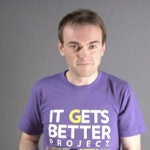 A new clinic and research center to benefit Tanzania’s sickest AIDS patients — those for whom the drugs that make up the first line of treatment have failed — opened Friday (July 22) in Tanzania’s largest city, Dar es Salaam.

The clinic, to be operated by Tanzanian health officials in partnership with the Harvard School of Public Health (HSPH), was inaugurated by U.S. Health and Human Services Secretary Kathleen Sebelius and Tanzanian Minister of Health and Social Welfare Haji Mponda.

Professor of Nutrition, Epidemiology, and Global Health Wafaie Fawzi said the program will be the first of its kind in Dar es Salaam and will treat up to 3,000 patients for whom the antiretroviral drug cocktails typically first given AIDS patients have failed. For those patients, Fawzi said, hope lies in a regimen of second-line drugs, which require close monitoring and strict adherence.

In addition to treatment, the facility, housed at the Mnazi Mmoja Health Center, will conduct research to evaluate treatment schemes for effectiveness and hold training programs for health professionals so the proper protocols for second-line treatment can be brought to other health care centers and rural clinics.

“We will have one place where patients with advanced HIV infection will be able to receive the highest quality of care and where we will work to advance knowledge on the management of those patients,” Fawzi said.

Sebelius’ presence was a mark of the important role the U.S. government has played in anti-AIDS programs throughout Africa through the President’s Emergency Plan for AIDS Relief, PEPFAR, which has provided funding for the new clinic, and through various research programs that HSPH implements in Tanzania with its collaborators, such as a study on the safety and effectiveness of iron supplementation for pregnant women being funded by the U.S. National Institutes of Health. U.S. Department of Health and Human Services spokesman Bill Hall said Tanzania’s progress against AIDS shows that international partnerships and investments in global health can be effective.

“Since 2004 Tanzania has made significant progress in providing increased access to the care and treatment of people with HIV/AIDS,” Hall said. “The partnerships between the United States and Tanzania, like the one at Mnazi Mmoja, demonstrate that real improvements can be made in reducing illness and deaths among people with HIV/AIDS, reducing the stigma related to HIV testing, and making it easier for those living with HIV. This success not only is a tribute to the strong, consistent collaboration between the U.S. government and the government of Tanzania, but also shows that our investments in global health can indeed provide cost-effective care to those in need.”

Sebelius and Mponda were joined at the ribbon-cutting ceremony by Guerino Chalamilla, an HSPH research associate who heads the HSPH team in Dar es Salaam. The ceremony opened a new building on the Mnazi Mmoja Health Center’s grounds that will house the program, called the MDH Center of Excellence at Mnazi Mmoja. MDH, or Management and Development for Health, is an organization established recently by Harvard University that is expected to eventually become independent and take over administration of Tanzania’s PEPFAR program. Mponda and HSPH Dean Julio Frenk laid the facility’s cornerstone in February.

“We hope that the best practices and the lessons learned from this center will be replicated beyond Dar es Salaam to the rest of the country,” Chalamilla said in remarks at the ceremony.

The MDH Center of Excellence is just part of HSPH’s network of programs in Tanzania, spearheaded by Fawzi. HSPH programs, conducted in close collaboration with Tanzanian researchers at Muhimbili University of Health and Allied Science and Ifakara Health Institute, and officials from both regional and national governments, include 10 research studies and six training programs taking place at 30 different public health facilities in and around the nation’s largest city, Dar es Salaam, and in community-based settings in two other regions.

At any one time, Fawzi said, there are between 15 and 20 Harvard affiliated faculty members, fellows, researchers, and students in Tanzania. The programs include research into public health interventions on issues around infectious diseases such as AIDS, on maternal and child health, and on nutrition. In addition to researching the best interventions, HSPH programs also oversee operational research, evaluating programs to find the best way to deliver care, and conduct capacity-building training programs for Tanzanian public health workers. Across all programs, the collaboration with the Tanzanian government involves 450 workers in research and training and another 1,000 providing services in related programs.