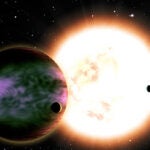 Harvard scientists are leading a new international collaboration that is working to match up a global network of forest plots with a similar network created in China, to provide scholars with more comprehensive information about the planet’s changing forests.

The effort kicked off earlier this month, when scientists from the Center for Tropical Forest Science (CTFS), a collaboration between the Smithsonian Tropical Research Institute and Harvard’s Arnold Arboretum, participated with Chinese scientists in a 17-day workshop, followed by a three-day symposium.

Leading the effort is Stuart Davies, director of the Arboretum’s Asia Program. According to program manager Liz Delaney Lobo, the collaboration became a reality largely because of a five-year National Science Foundation grant that will help to finance workshops, travel, and other costs. In addition to the workshops, the grant provides for 10 graduate students or early-career researchers from the United States to visit China for scientific exchanges.

The project ties the efforts of center researchers managing 41 similar plots in forests around the world to a similar effort underway in China. The plots in both networks are exhaustively documented using the same methodologies so that information can be compared and used to better understand both the basic functioning of the forests and how their diversity affects their resilience in the face of global climate change.

Though led by Smithsonian and Harvard botanists, the center’s effort involves hundreds of scientists around the world. Harvard Professor Peter Ashton, the Charles Bullard Professor of Forestry Emeritus, helped to create the network during the early 1990s. The plots are between 25 and 50 hectares in size and hold about 4.5 million trees, from 8,500 species. All trees with a diameter larger than a centimeter on the plots are identified, documented, and tracked in recurring censuses every five years. Though the center network’s first plots were tropical, in recent years concerns about climate change have prompted researchers to expand the network to temperate sites, such as the Harvard Forest in Petersham, Mass.

In recent years, scientists affiliated with six institutes that are part of the Chinese Academy of Sciences have begun their own network of forest plots. Called the Chinese Forest Biodiversity Network, it involves researchers using the same methodology as the center, allowing them to compare data between the two networks, furthering their understanding of forest dynamics.

“Without this grant, it would be very difficult for such a large group of scientists to collaborate this comprehensively or effectively on such an enormous scale,” Delaney Lobo said.