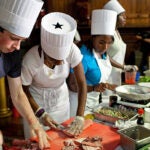 Need a quick way to get around or to and from campus? An affordable, two-wheeled, sustainable option is on the way.

Boston’s new bike-sharing program, Hubway, launches today (July 28), and University officials, in collaboration with the city of Cambridge, are planning to bring the program to Harvard’s main campus, possibly as early as this fall.

Through the new system users can rent bikes from bicycle terminals around Boston.

The University is sponsoring five of Boston’s Hubway stations. One is in the Longwood Medical area at the Avenue Louis Pasteur at Longwood Avenue. In Allston, there are stations at Soldiers Field Park, Barry’s Corner at 219 Western Ave., and Harvard Athletics at the corner of North Harvard Street and Soldiers Field Road. The final terminal, at the Harvard Innovation Lab (125 Western Ave.), will open when construction on the lab is completed later this year. Hubway is funded through government grants, sponsorships, station advertising, and user revenue.

“Harvard is proud to support Boston’s launch of bike share and we look forward to its arrival in Cambridge,” said Harvard Executive Vice President Katherine N. Lapp. “The program fits perfectly with Harvard’s commitment to sustainable, environmentally friendly and healthy transportation options and will help us continue to reduce the University’s environmental footprint. We look forward to working closely with city officials in Boston and Cambridge to incorporate bike share locations across Harvard for the use and enjoyment of the campus community and the public.”

Harvard is also committed to helping bring 14 Hubway terminals to Cambridge. The University has agreed to contribute to the establishment of four of these stations; they will be valuable additions to the transportation options available to the Harvard community.

Harvard’s 12 Schools and various campuses have long supported cycling. Covered bike-parking stations are located at Francis Avenue and at the Harvard Law School, Harvard Graduate School of Design, and Longwood campuses. Bike racks throughout the Cambridge campus allow cyclists to lock their bikes while at class or work. In 2009, Harvard collaborated with the city of Boston on the design and implementation of bike lanes on North Harvard Street, and in 2010 the University collaborated with the city to stripe bike lanes and install a cycle track on Western Avenue.

“This system is sustainable and affordable and will offer Harvard students, staff, and visitors an easy and convenient way to commute to campus or simply get from one part of campus to the other,” said Kris Locke, manager of Harvard’s CommuterChoice Program.

Hubway is based on a Montreal system called BIXI (bicycle and taxi), in which riders use credit cards to release bikes from hundreds of terminals for short trips around the city.

John Nolan, Harvard’s director of transportation services, experienced the BIXI system firsthand last year, and he is eager to bring its sister system to Boston and the Harvard community.  “The new regional Hubway bike-sharing system is an exciting new commuting option which enhances Harvard University’s CommuterChoice Program to deliver additional commuting alternatives to its faculty, staff, students and visitors.  This system will give Harvard the ability to better connect with areas of campus not as well served by current transit programs as well as enable more transit connections between existing public and private transit systems for Harvard affiliates and the general public. This program will also help to contribute to the University’s sustainability goals by reducing inter- and intracampus vehicle trips.”

Boston’s Hubway has 61 terminals at various locations around the city and 610 bikes. Using a credit card, a rider can access a casual three-day or 24-hour membership and 30 minutes of free riding. Rates start at $2 for the next half hour and continue to increase the longer the bike is in use. Yearly memberships are available for a special introductory rate of $60 and offer riders discounts on usage fees after the free first half hour.

Alta Bicycle Share, a Portland, Ore., company that specializes in managing and maintaining bike share programs, will operate Hubway. Alta will be responsible for all bike repairs as well as the installation and upkeep of the modular, solar-powered terminals that house the bikes. The stations, which are temporary and can be easily relocated, will be in service from March through November and removed during the winter months.

The program builds on Menino’s efforts in recent years to make Boston more bike-friendly. The work has included the creation of more bike lanes, the installation of additional bike racks around the city, and bike safety and awareness campaigns. Menino himself has become a biking enthusiast, often taking to the streets in the early morning to cycle around his Hyde Park neighborhood.

“It works because it is so convenient,” said Freedman, who emphasized the importance of using the bikes for short trips around town. “It is much better than driving, and much better than taking a cab.”