VHA vs. Medicare: And the winner is … 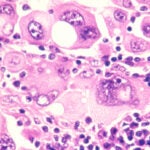 A new study finds that the cancer care provided by the Veterans Health Administration (VHA) for men 65 years and older is at least as good as Medicare-funded fee-for-service care obtained through the private sector. The study, reported in the June 7 issue of Annals of Internal Medicine, was led by Nancy Keating, an associate professor of health care policy at Harvard Medical School.

Several factors could account for the high quality of VHA care. “Care in the VHA is much better coordinated than most other settings,” said Keating, who is also an associate physician at Brigham and Women’s Hospital. “The VHA has a good, integrated medical record. Their doctors all work together and communicate more effectively. There are no incentives for the overuse of cancer treatments because VHA physicians are not rewarded financially for prescribing more drugs or procedures. The VHA also measures quality across a wide range of conditions, so there is a culture of quality improvement.”

The VHA is the largest integrated health care system in the United States, and veterans who are part of the VHA get almost all of their care from this system. In contrast to the fee-for-service model of care common in the private health sector, the VHA operates on a set budget to provide coordinated and comprehensive health care services, and its doctors are salaried. Congress has mandated periodic assessments of the VHA’s performance in various domains of health care. In contracting out the VHA’s cancer care evaluation, the Office of Policy and Planning of the U.S. Department of Veterans Affairs turned to Keating and her colleagues.

Keating’s team pooled registry and administrative data from 2001 to 2004 for men 65 years and older diagnosed with the three most common cancers in men — colorectal, lung, and prostate cancers — or hematologic cancers, such as lymphoma and multiple myeloma. The researcher used sophisticated analyses to ensure unbiased comparisons between the VHA and fee-for-service Medicare patients, and compared how well various guideline-recommended criteria for care were met in these two settings.

When compared with fee-for-service Medicare patients, Keating and colleagues found that veterans in the VHA were diagnosed with colorectal cancers at earlier stages and had higher adjusted rates of certain recommended treatments, including surgery for colon cancer, chemotherapy for lymphoma, and bisphosphonates for myeloma. With regard to other treatments studied, care was fairly equal in quality between the VHA and fee-for-service Medicare.

Keating conducted additional analyses to further account for differences that may exist between veterans and the Medicare population that they could not measure. For example, veterans are often in worse health than the general population. When they updated their results to account for these likely differences in health status, care in the VHA was better than that in fee-for-service Medicare for most indicators.  One exception was a likely delay in the adoption of certain new and expensive radiation therapy technologies for prostate cancer.

Overall, rates of recommended care were relatively low in both settings for some of the treatments studied.  This may result from lack of data on the benefits versus risks of these drugs in older patients.  Keating recommended that cancer clinical trials include older individuals as well as those with comorbid illnesses.

This research was funded by the Department of Veterans Affairs Office of Policy and Planning.