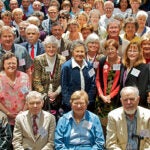 What makes them special

Surgeons at Harvard-affiliated Brigham and Women’s Hospital have performed face transplant surgery on Charla Nash, the Connecticut woman who suffered horrific injuries when she was mauled by a pet chimpanzee in 2009.

Nash also received a double hand transplant, but the grafts failed after she developed pneumonia, which lowered her blood pressure and blood flow into the transplanted hands, doctors said Friday (June 10) during a news conference announcing the surgery.

The 20-hour procedure was the third full face transplant performed this year by a team led by Bohdan Pomahac, an assistant professor of surgery at Harvard Medical School and director of the Brigham’s plastic surgery transplant program.

During a sometimes-emotional news conference, Pomahac described the surgery, while Nash’s brother Steve thanked the surgical team and personnel at other hospitals who saved her life and stabilized her. He also thanked the donor family, whose members wish to remain anonymous, calling them “generous and kind beyond words.”

“Charla has fought hard, first for her life and then to begin to recover both physically and emotionally,” Steve Nash said. “We thank these brilliant, skillful people for helping Charla in so many ways since the attack. Because of them, we are confident Charla will gain her goal to regain her health and independence in the future.”

Last month’s transplant operation was the most complete one performed by the Brigham so far, combining the facets of each of the previous procedures, Pomahac said. Charla received the muscles, nerves, and skin of the donor’s face, including the nose, lips, and eyelids. She also received a new hard palate and teeth. Pomahac said the transplanted facial tissue is doing well, and the nerves are starting to regrow. He expects that within three to six months Charla will regain sensation and motor function. She should be able to smile, control her lips, speak more clearly, breathe through her nose and smell, and eat solid foods again.

Though Charla’s face transplant seems to be doing well and the pneumonia has cleared, Pomahac said the infection set her recovery back. Consequently, she is still on and off a ventilator, which requires her to be medicated and limits her responsiveness.

Pomahac grew emotional when he spoke of the attack’s social cost on the patient. Because her disfigurement was so severe, she missed a major milestone.

“Charla will now be able to enjoy a more normal social life, and time with her friends and family,” Pomahac said. “Last spring, Charla made the difficult decision not to attend her only daughter Brianna’s graduation because she feared her presence would take away from the day. And we know it broke her heart. I think her new face will allow Charla to be present when Brianna graduates from college in a few short years. That will be a great day for Charla and for all of us.”

Charla was a friend of the chimp’s owner who had been called to the owner’s Stamford, Conn., home to help get the rambunctious animal back into the house. The 14-year-old chimp, named Travis, had been raised by the owner and was familiar with Nash.

In the ensuing chimp attack, Nash was blinded and had her hands and much of her face torn away. The chimp was shot after attacking the police who responded to emergency calls.

Charla underwent hours of surgery at Stamford Hospital immediately afterward, and subsequent surgery at Cleveland Clinic in Ohio, which had performed the nation’s first partial face transplant only months earlier.

She lost her entire left hand and part of her left forearm in the attack. She also lost part of the right hand and four fingers, keeping only the base of her right hand and thumb. The double hand transplant surgery would have replaced Charla’s missing hand and arm tissue. Though the graft failed, Pomahac said, it did not harm her remaining thumb function, and the operation could be attempted again.

Steve Nash described the lengthy odyssey that his sister and their family have been through, saying that he sat with her for two months after her injury and that face transplant surgery was so new at the time, they only hoped it would be an option for her.

“We were hoping for it, and it came true,” Nash said.

He said his sister is looking forward to eating solid foods again and visiting a favorite hot dog stand in Poughkeepsie, N.Y., where the siblings grew up and learned to “pick ourselves up after we fell.” She also wants to visit a favorite pizza place.

“Eating decently, and eating a meal are key,” he said.

Pomahac and the Brigham transplant team have built on the organ transplantation legacy begun at the Brigham in 1954, when Joseph Murray, professor of surgery emeritus, performed the world’s first organ transplant by transferring a kidney from one identical twin brother to another. Murray was awarded the Nobel Prize in Physiology or Medicine in 1990, together with E. Donnall Thomas, for “discoveries concerning organ and cell transplantation in the treatment of human disease.”