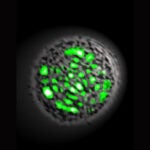 A team led by Joan Brugge, the Louise Foote Pfeiffer Professor of Cell Biology at Harvard Medical School, recently shed light on how ovarian cancer spreads. In a paper to be published in the July issue of the journal Cancer Discovery, the newest journal of the American Association for Cancer Research, Brugge and colleagues found that ovarian cancer cells act like bullies, using brute force to plow their way through tissue and colonize additional organs.

“This is the first time that mechanical force has been implicated in the spread of ovarian cancer,” says Brugge, who is also chair of the Department of Cell Biology. “While this research is still preliminary, we are building a foundation for the development of treatments based on a robust understanding of the disease.”

According to the National Cancer Institute, ovarian cancer accounts for about 3 percent of all cancers among women in the United States. It caused nearly 14,000 deaths in 2010 alone.

The ovaries and many other organs, such as the liver, stomach, and intestines, are located in an anatomical space called the peritoneal cavity.  The lining of this cavity is called the peritoneum, and its top layer is called the mesothelium.  After an ovarian tumor develops, clusters of cancer cells are released into the peritoneal cavity. Each cluster floats around until it encounters the lining of the cavity. It attaches to the lining, spreads out, and launches an invasion into the mesothelium. Brugge’s team determined how ovarian cancer cells get through the mesothelium to colonize organs on the other side.

When researchers placed ovarian cancer cells and mesothelial cells together in a dish, the cancer cells formed a hole in the mesothelial layer, mirroring behavior that would occur in the body as an invasion proceeds. The team interfered with molecular components of the cancer cells one by one and used time-lapse microscopy to watch the result. If the hole failed to form, the researchers knew that they’d discovered a critical player in the invasion process.

They identified three such players: integrin, talin, and myosin, proteins known to play a role in cell movement. Integrin sticks out from the cancer cells and grabs hold of scaffolding surrounding the mesothelium. Myosin, which is a motor, pulls on integrin via talin. As a result, the protruding cancer cells gain traction and can now force mesothelial cells out of the way.

“The cancer cells act like bullies,” says first author Marcin Iwanicki, a postdoctoral researcher in Brugge’s lab. “Instead of relying on a sophisticated biochemical process to achieve their goal, they simply push mesothelial cells apart.”

“Eventually, it might be possible to prevent or reverse the invasion process,” says Brugge. “We hope that our work will inform such treatments in the future.”

The research was funded by the National Institutes of Health, the Dr. Miriam and Sheldon G. Adelson Medical Research Foundation, and the Deutsche Forschungsgemeinschaft.