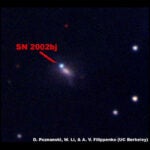 Harvard Medical School researchers have used a new DNA analysis technique to track when and how much gene flow occurred from sub-Saharan Africa into populations in Europe and the Middle East, highlighting not only the complexity of human migrations, but also the power of using whole-genome analysis to understand humanity’s past.

Previous studies estimated the initial modern human migration out of Africa into Europe occurred about 45,000 years ago and showed that additional mixing occurred since then involving Africa, Europe, and the Middle East. Details of that subsequent mixing have been missing, however.

Researchers in the lab of Associate Professor of Genetics David Reich have quantified when and how much mixing occurred in those populations after the initial migration from Africa, using techniques that his laboratory first developed two years ago to understand the flow of genes in the ancestors of populations in modern India.

The study, published in the journal PLoS Genetics, was led by Reich and doctoral student Priya Moorjani. Nick Patterson, a research scientist who works in Reich’s lab and at the Broad Institute of Harvard and MIT, worked with Moorjani to develop an additional technique —which they called ROLLOFF — for estimating the dates of population mixture events.

Reich said the mixing dates roughly correlate to major events in human history. The 32-generation mixture of the Middle Eastern populations coincides with close ties to Egypt during the Middle Ages, while the 55-generation date of mixing across southern European peoples coincides roughly with the end of the Roman Empire and the Arab conquests. The oldest mixing comes 72 generations ago among Jewish populations, consistent with classical and biblical period contacts with Egypt. That genetic signal spans seven Jewish populations, implying that the mixing may have occurred in an ancestral group that then split.

The results show that throughout human history, populations have mixed, Reich said, even those commonly thought to be isolated.

“Human groups mix all the time; that’s happened in lots of populations in lots of different places,” Reich said.

Reich said the research also reflects the fact that Africa was not isolated from Mediterranean civilizations, but rather had continued contact with them through trade and slaving expeditions, likely along the coasts, through the Sahara, and up and down the Nile River.

In conducting the work, researchers used collections of DNA encompassing 3,634 samples from 56 groups in northern Europe, southern Europe, Africa, and the Levant region, which today encompasses Syria, Jordan, Israel, and the Palestinian territories. Past genetic studies have commonly used DNA from mitochondria to trace maternal lineage, since mitochondrial DNA is only inherited through the mother, or from the Y chromosome, since that is inherited only through the father. Because both of those methods use only a small portion of the total DNA, their results are naturally limited, Patterson said. The new method, developed by Patterson and Moorjani, analyzes single nucleotide polymorphisms across the entire genome.

The major new method that is introduced in the study employs the fact that when a man and woman reproduce, their genes get mixed. That means that, with each successive generation, the original stretches of DNA get broken into smaller and smaller pieces. By using the DNA of modern sub-Saharan Africans as a reference point, researchers were able to estimate how long ago a particular stretch of DNA of sub-Saharan African origin was added to the genome by the length of that chromosomal segment. The study showed the source of the African population could be related to east or west African populations.

Patterson said the study was something of a trial run of the method, which Moorjani is now using in a followup to a 2009 study by Reich’s lab on populations in India. An analysis of predicted and actual results by Moorjani indicates that the method is very accurate for 100 generations and gives useful results up to 300 generations. With an average generation time of 29 years, Patterson said this would enable researchers to look back 9,000 years, providing insights to human populations through a variety of critical periods. Another possible application, Reich said, is exploration of the influence of different languages and the spread of ethnic groups worldwide.

“There’s a debate whether languages and genes are correlated to each other,” Reich said.