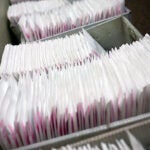 High yield for Class of ’15

James M. Snyder Jr., Harvard’s newest professor of government and an economist by trade, is one of a handful of experts unraveling the enduring puzzle of American elections: how they unfold, and how they are influenced by campaign financing, interest groups, the media, and the economy. In short, what are voters thinking when they cast their ballots?

No one really knows, of course. But with the right data, surveys, and programs to tease out inferences, he said it is possible at least to arrive at broad models of voter behavior. Along the way, some conclusions can prove surprising, such as: A voter’s personal economic travail has less influence on her vote than perceptions of how the larger economy is doing. “Do people engage in ‘pocketbook voting?’ ” Snyder asked. “The answer seems to be no.”

The implication is that “people are not narrowly expecting the government to help us — but we expect the government to handle the economy well over time.” Despite the common wisdom, a person’s vote is not driven wholly by local or even personal considerations, said Snyder. “People are rewarding — or punishing — an incumbent for national outcomes.”

This is just a sliver of what scholars like Snyder infer from vast data sets of election results and complex voter surveys.

He has also observed that while the economy drives votes, partisanship drives them even harder. Identifying with a political party applies even to independents, said Snyder, because this growing fraction of the electorate is seldom purely neutral; most are “leaners,” he said, weakly preferring one political camp or the other — but strongly voting with that camp.

Snyder, the son of a peripatetic executive with General Electric Co., moved five times in his childhood, including Ohio, Pennsylvania, Connecticut, Italy, and upstate New York. “Dying GE cities is the theme here,” he said, with the exception of still-vibrant Milan, Italy, where he landed as a 10-year-old. His mobile childhood turned him inward and gave him a precocious ability to focus, which served him well as a student (he excelled at math) and later as a scholar. “It helps you detach yourself from the world,” said Snyder of that fruitful inwardness, “and focus on your research world.”

By the time he arrived at Duke University as a freshman in 1977, Snyder was toying with the idea of majoring in philosophy. Then came a life-changing moment: an introductory economics course with H. Gregg Lewis, a legendary pioneer in labor economics. “He made everything clear, and was interested in students,” said Snyder, and “he was very funny.”

In his junior year came another inspiration, a stint as a programmer for two economists, Henry Grabowski and John Vernon, in the days when “programming” meant dealing with decks of punch cards. The rich data wowed Snyder, along with the intensity of effort it took to derive conclusions from it. “I thought: ‘My gosh, this is such a nice life,’ ” he said of economics scholarship. “You basically get to do what you like all day long. It might be 10 hours a day, but it’s your 10 hours.”

His Ph.D. studies at the California Institute of Technology, though, slighted the importance of the empirical in favor of pure theory. “We never looked at a data set,” said Snyder. But his first job, a seven-year stint at the University of Chicago, awoke him to the realities of his new profession. “It was clear,” he said. “Economists look at data all the time.”

Now, after an 18-year stop at the Massachusetts Institute of Technology, a continuing appointment at the London School of Economics, and a longtime association with the National Bureau of Economic Research, Snyder is known for his creative and rich data sets. He is writing a paper on American media coverage of political scandals and is co-writing another on levels of U.S. political corruption in the mid- 19th century. Who got rich, the study asks, and how did wealth correlate with time in office?

Snyder has also investigated how campaign contributions influence modern political decision-making. His conclusion — that such money doesn’t make much difference — defied conventional wisdom. Politicians know that constituents have diffuse interests, and they can’t be ignored in favor of the one that gave the maximum contribution, said Snyder, because “too many people want too many different things.”

Outside of work, the trim, energetic Snyder plays tennis, bikes to work from his home in Belmont, and sails – all of that “when I can.” Even travel to Europe’s Mediterranean rim, a favorite pastime with his wife and 15-year-old daughter, is tempered by the demands of work. Said Snyder, “I used to have a life.”