Speaking for their class, to the world 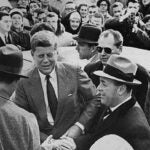 During Morning Exercises, hundreds of graduating students will file into Tercentenary Theatre to have their degrees formally conferred. But only three will speak.

Below, the Class of 2011 orators, chosen in a speech-writing competition held by the Harvard Commencement Office, share their stories.

Charlie Bridge, a native of Belmont, Mass., studied Latin for five years at Roxbury Latin School. But “when I came to Harvard, that wasn’t what I envisioned myself doing,” the Dunster House senior said.

An introductory course in Greek, however, “recaptured the magic” of ancient languages and literatures he’d first felt in middle school, he said. After taking a class on Ovid’s “Metamorphoses” he was hooked, and he ended up writing a thesis on the epic poem. Now the classics concentrator will get the rare opportunity to tout his four years of study to the masses as this year’s Latin orator.

“There’s the perception that if you study classics, you go on to teach high school, you become a professor, or it’s worthless,” Bridge said. “I think that couldn’t be further from truth. [Classics] lays the foundation intellectually for so many different careers and pursuits.”

Bridge spent much of his free time as an undergraduate serving as president of the Harvard-Radcliffe Collegium Musicum, Harvard’s co-ed student chorus that specializes in Baroque and Renaissance works. This summer he’ll begin working for Tower Research Capital in New York in recruiting and human resources.

He’s excited to speak Latin before a crowd of thousands. (A translation will be distributed for those unfamiliar with the ancient tongue.) His address concerns the wheel of fortune, a concept borrowed from antiquity and experienced by the Class of 2011 as its members lived through economic recession and slow recovery, as well as the ups and downs of undergraduate life.

“I hope that in some small way this tradition at Harvard keeps the language alive,” he said.

Katie Coulson, undergraduate oration
Growing up in College Station, Texas — home of Texas A&M — Katie Coulson didn’t think she’d have much reason to leave her home state for college. So when she was accepted to Harvard, she was both surprised and thrilled.

“I applied because Rory on ‘Gilmore Girls’ had always wanted to go,” she explained. Now she’ll not only graduate from the University, but also speak on behalf of her senior class.

While living in Cabot House, Coulson studied chemistry and English and immersed herself in the Phillips Brooks House Association, where she participated in service programs for refugee and immigrant children and served as a student officer.

“I’d done service in high school, but I’d never thought deeply about it,” she said. “I’ve learned so much about what it means to partner with communities rather than viewing yourself as someone who goes in to fix things.”

Unlike some graduates, who spend two years in Teach for America before moving into other fields, Coulson is doing the reverse. She plans to work in consulting in New York, hoping for a change of pace before she heads into a teaching career.

“I realized when I started senior year that teaching was the only thing I’d really considered doing,” she said. “I know that if I do commit to it, I want to do it long term. I wanted to try something different first.”

Her oration will invite her fellow graduating seniors to question their assumptions as they head out into the world, to continue to challenge each other as peers, and to remain involved in their communities.

“I’m so excited to be doing this,” Coulson said. “But I also think it would be crazy not to realize that all of us could give a really compelling oration about the things we’ve experienced and learned and done.”

Harvard Kennedy School (HKS) student Adam Price is a seasoned public speaker. But one thing will be different when he stands to give this year’s graduate oration: He’ll have receptive listeners.

“I’m very used to being heckled,” said Price, a former British member of Parliament who served two terms with the Welsh nationalist party Plaid Cymru. “I was a member of a party of three, so I didn’t have many friends in the audience.”

He’ll talk about the importance of independent thinking, something Price, 42, values highly. The son of a coal miner, he went into politics to fight for his homeland of Wales, which never recovered economically from the decline of the steel and coal industries.

“It’s a rare and cherished thing in politics to be able to represent the people you went to school with,” he said.

Price made bigger waves in 2004 when he led the charge to impeach then-Prime Minister Tony Blair for leading Britain into the Iraq War under false pretenses. He surprised observers by announcing he wouldn’t run again in 2010, choosing to leave his almost-guaranteed seat in Parliament for HKS’s Mid-Career Master in Public Administration program.

“We [in Wales] would like to take a leaf out of America’s book and assert our own right to self-determination,” he said. “Half the reason I came here was to learn how you did it.”

Price plans to stay in Cambridge for another year to complete a fellowship at HKS’s Center for International Development, where he will study the economic plight of small nations. He hopes to apply that knowledge when he returns to Wales.

“I’d like to be a bridge between these incredible, exciting new ideas being generated here and the world,” he said.