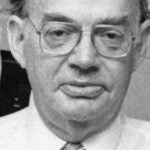 The president of the Harvard Alumni Association (HAA) today (May 26) announced the results of the annual election of new members of the Harvard Board of Overseers.  The results were released at the annual meeting of the association following the University’s 360th Commencement.  The five newly elected Overseers are introduced here:

Flavia B. de Almeida (São Paulo, Brazil) is a partner in Monitor Group, an international consulting firm, and head of its São Paulo office, where she specializes in corporate strategy and governance.  After undergraduate studies at the Fundação Getúlio Vargas, she received her M.B.A. from Harvard Business School in 1994.

Richard W. Fisher (Dallas) is president and CEO of the Federal Reserve Bank of Dallas, former Deputy U.S. Trade Representative, and a leader in studying the impact of globalization on monetary policy.  Raised in Mexico, he is a 1971 graduate of Harvard College. He studied at Oxford, then received his M.B.A. from Stanford in 1975.

Verna C. Gibbs (San Francisco) is professor of clinical surgery at the University of California, San Francisco, a surgeon at the San Francisco Veterans Affairs Medical Center, and an expert on operating-room safety practices. A 1975 graduate of Harvard College, she went on to receive her M.D. from the Duke University School of Medicine in 1979.

Nicole M. Parent (Greenwich, Conn.) is a managing partner at Vertical Research Partners, an independent research firm she co-founded in 2009, and a former managing director at Credit Suisse, where she led global industrial equity research. She graduated from Harvard College in 1993 and is immediate past president of the Harvard Club of New York.

Kenji Yoshino (New York) is the Chief Justice Earl Warren Professor of Constitutional Law at New York University (NYU) School of Law. He received his bachelor’s degree from Harvard College in 1991, studied as a Rhodes Scholar at Oxford (M.Sc. ’93), and then received his J.D. in 1996 from Yale Law School, where he taught before moving to NYU.

The five new Overseers were each elected for six-year terms.  They were chosen from a slate of eight candidates, who were nominated by a Harvard Alumni Association committee according to the election rules. Harvard degree holders cast 28,487 ballots in the election.

The primary function of the Board of Overseers is to encourage the University to maintain the highest attainable standards as a place of learning. Drawing on the diverse experience and expertise of its members, the board exerts broad influence over the University’s strategic directions, provides essential counsel to the University’s leadership on priorities and plans, has the power of consent to certain actions such as the election of Corporation members, and directs the visitation process by which a broad array of Harvard Schools and departments are periodically reviewed.