Making an art of science 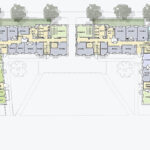 Shape of things to come

For Kevin Shee, a lifelong love of dancing and four years of intense focus on that art won’t end with his graduation from Harvard this spring. It will take a back seat, though, to a newer love: that of a scientist conducting research on cancer.

Shee, who lives in Winthrop House, is a molecular and cellular biology concentrator. He plans to take a few weeks off after graduating and then begin a two-year job as a cancer researcher at the Broad Institute of Harvard and MIT laboratory of Todd Golub, a professor of pediatrics at Harvard Medical School and the Dana-Farber Cancer Institute.

When Shee’s two-year contract is up, he plans on pursuing additional studies in graduate school, perhaps medical school. Though he entered Harvard with pre-med aspirations, in the four years since, he has become enamored with research.

But Shee is sure he’ll continue dancing. Before coming to Harvard, he danced with the Crockett-Deane Ballet, based near his home in Sacramento, Calif.

Shee is the older of two children in his family, both dancers. His parents always encouraged them to pursue art, Shee said, so that was important to him when he visited Harvard for the first time and saw a dance performance. Since then, he has danced with the Harvard Ballet Company, the Asian American Dance Troupe, and the Harvard Dance Program.

Though he was urged to audition for jobs as a dancer after Commencement, Shee is a bit philosophical about the choice presented to him.

“Dance is not something you need to do on a professional basis to really do it, and really enjoy it,” Shee said. “The act of expressing myself through dance is very fulfilling for me. Doing it as an extracurricular, but to a full extent, is more than I had hoped for.”

Though he expects to continue taking dance lessons in Boston, Shee loves science too. Shee was interested in science in high school, but it was only in college that he was able to delve more fully into biology and become intrigued by both its complexity and its potential to do good.

“There are a lot of things in the field of biology that I had no idea about. I found there was so much more to be discovered and so much more I needed to learn to make a mark in the field,” Shee said. “The more I learned, the more I realized there’s a lot to be done.”

Shee has some personal motivation as well, since cancer has touched his family. A cousin died of liver cancer while Shee was at Harvard, and his mother is a breast cancer survivor.

“This research has a lot to offer the world,” Shee said.

Though many people think art and science are opposite disciplines, Shee doesn’t think that’s the case. The further he delves into biology, the more he sees the beauty of how it’s put together and understands that intuition and feeling, important to the dancer, are also important to the scientist.

“They seem mutually exclusive, but they’re really not,” Shee said.

For students just entering Harvard, Shee recommends they find something that excites them enough to spend the time it will take to excel in it.

“It’s really important to find a passion, something to give your day to,” Shee said.