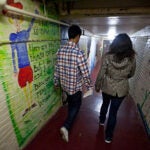 As stated in its constitution, one goal of the Harvard Alumni Association (HAA) is to establish a mutually beneficial relationship between Harvard University and its alumni. Doing just that has been the mantra of Robert R. Bowie Jr. ’73 during his year as president of the HAA.

“What I prize most about being a Harvard graduate,” said Bowie, “is the remarkable power of the network of Harvard alumni around the world.” He tells stories of meeting Harvard alumni in China, Thailand, and Lebanon and having an instant connection “because we had attended the same school and been surrounded by the same brick buildings near the same river. That’s a powerful bond.”

Bowie’s goal has been to create a network for alumni that’s equal to  (or better than)  the network they had while students at Harvard. “The alumni network should be as alive as when people were at the College or the grad Schools, when they had this incredible freedom and ability to interact with one another on all levels — socially, professionally, academically,” he said.

One way Bowie and the HAA have been helping alumni connect during the past year is through the HAA’s popular Shared Interest Groups (SIGs), which allow alumni across the University to connect vertically (by interest) as opposed to horizontally (by class, School, or geography). Another way of enabling and expanding these University-wide alumni connections is through the web.

“I feel very passionate about the electronic networking opportunities available to us and really focusing on them,” said Bowie. “Trying to build a connectivity that allows alumni to communicate more directly than in the past is key. Even now, we’re looking beyond things like Facebook for ways in which alumni can find one another more efficiently and begin a much richer dialogue.”

Incoming HAA President Ellen Gordon Reeves ’83, Ed.M. ’86, hopes to expand on Bowie’s networking theme over the course of her tenure. Author of “Can I Wear My Nose Ring to the Interview?”, Reeves is also a teacher and editor. She says she’s excited to use Harvard’s 375th birthday as a reason for alumni to reconnect with the University, with students, and with one another.

“My message to alumni is ‘Harvard is where YOU are,’” said Reeves. “‘Help us make Harvard happen. Don’t wait five years to come back: Reach out! If there are two alums in a room, even a virtual room, it’s a reunion!’”

Reeves has been active in Harvard and Radcliffe alumni events since graduation, including the Harvard Club of New York, where she currently chairs the social service committee. She hopes that increased connection among alumni will lead to more social activism. “While the Harvard network is great for personal and professional purposes, its real power is as a force for change in the world. The HAA’s Global Month of Service is a good example.”

With Commencement approaching, Reeves marvels at her new role. “When I remember my own Class Day in 1983, and think about being back up on that same stage as HAA president, it’s amazing.” On working closely with Bowie over the past year, she noted: “Bob leads by example. He taught me that you find the best people, figure out what they want to do, then get out of their way. His passion for this place has inspired us all.”

For his part, Bowie — a playwright, poet, and founding member of the law firm Bowie & Jensen LLC — leaves his post as HAA president with nothing but praise for Reeves and the HAA staff. “The real gift for the Harvard Alumni Association is that Ellen is a great administrator and a great leader — and supremely funny,” he said. “And one thing that can never be stressed enough is the incredible growth of alumni engagement opportunities, University-wide, which the HAA has been accomplishing year after year. The leadership, commitment, and institutional memory that Jack Reardon, Philip Lovejoy, and the entire HAA team provide cannot be appreciated enough.”