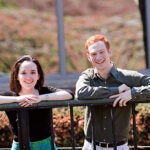 John Lemuel “Lem” Bethune was born in Baddeck, Nova Scotia, in 1926 and died on June 14, 2008, at the age of 82 in Barnstable, Mass. He received a B.Sc. in chemistry from Acadia University in Nova Scotia in 1947 and took a position as a professional chemist with Canadian Breweries Research Institute.  There, together with F.L. Rigby, he worked on the development of a reliable method to analyze the components in beer that contribute to its bitterness. Brewers had been trying since the late 1800s to classify and quantify the bitter constituents of hops but without success. None of the sophisticated separation techniques now so readily available had been invented at that time and Lem and his co-workers turned to the tedious method of countercurrent distribution, which involves repetitive partitioning of solutes between two immiscible solvents (and was the forerunner of modern HPLC). In the early 1950s they published a series of papers describing the isolation of the principal bitterness components of hops, and in conjunction with absorption spectrophotometry, they established a method for bitterness analysis as well as defining a bitterness standard, subsequently called the Rigby-Bethune unit.

Lem’s interest in separations technology eventually prompted him to enter graduate school at Clark University in Worcester, MA where he joined the laboratory of Gerson Kegeles, a leader in the countercurrent distribution field.  There he focused on the theoretical aspects of moving boundary experiments involving first a single species undergoing countercurrent distribution and later chemically reacting systems.  The Kegeles laboratory also specialized in ultracentrifugation and Lem developed techniques to take advantage of the enormous pressures (hundreds of atmospheres) generated in an ultracentrifuge cell and to study the effects of pressure on equilibrium constants of chemically reacting systems.

In the late 1950’s computers were not only uncommon but rather massive pieces of equipment. Lem’s studies generated large amounts of data, required extensive calculations and clearly called for major computational assistance that unfortunately was not available to him in Worcester. Somehow, while in Worcester, Lem made contact with the computer center at MIT and for several years he made innumerable trips back and forth to Cambridge to feed punched cards into an MIT reader and collect reams of numbers.

Lem received his Ph.D. in 1961 and moved to Boston and Harvard Medical School to join the Biophysics Research Laboratory under the direction of Bert Vallee and located in the Peter Bent Brigham Hospital. Not only did the lab have an ultracentrifuge, it also had a moving boundary electrophoresis apparatus that came to occupy much of Lem’s time.  In addition, the lab had a large group of research fellows with whom Lem could collaborate and who benefited greatly from Lem’s broad range of knowledge and expertise. He had gone from being an analytical organic chemist to a theoretical one and now found himself immersed in enzymology. He fortuitously discovered that one of the enzymes of interest in the laboratory, carboxypeptidase A, underwent polymerization in high salt solutions or in the presence of aromatic compounds, and it therefore provided him with an ideal system to examine using ultracentrifuge methods he had developed at Clark.  As a consequence, several novel publications emerged from this work.

Lem’s contributions during his early years in the Biophysics Research Laboratory revealed his exceptional talents. He continued his interest in sedimentation analysis, became expert in enzyme kinetics, explored subunit dissociation of proteins, examined the role of zinc in alcohol dehydrogenase and devised models for enzyme mechanisms. In addition, he served as financial officer for the laboratory and assumed many other operational responsibilities. During this time he was appointed Assistant Professor (1966–1969) and then Associate Professor (1969–1975) of Biological Chemistry.

By the beginning of the 1970’s ultracentrifugation, long the gold standard for determining molecular weights of macromolecules, was being superseded by more convenient techniques such as gel chromatography and SDS-gel electrophoresis.  Nevertheless, Lem made one more improvement in the sedimentation approach, i.e. the use of time-lapse photography that could be adapted to the ultracentrifuge and facilitate determination of molecular weights.  He developed this approach after attending a meeting of the International Union of Biochemistry in 1967 in Tokyo.  While there he decided to acquire a movie camera.  This sparked an interest in photography that was to become a life-long hobby as well as a critical tool for his research.

In 1972 the Vallee laboratory joined forces with that of Judah Folkman at Children’s Hospital to search for the angiogenic factor that Folkman had proposed was secreted by solid tumors. Working with support from a one-year contract provided by the National Cancer Institute, Lem helped the Vallee team with his separation science expertise now applied to cell culture media.  The factor proved extremely elusive and after a year the NIH contract was not renewed.  But then the Monsanto Co., looking for a way to get into large-scale cell culture and gain a “window on biology”, decided that this project was just what they needed and thus was born the Harvard-Monsanto Project, a multi-million dollar pioneering venture between industry and academe.  Scaling up from Petri dishes to multiliter culture vats along with learning how to ship samples from St. Louis to Boston, eventually led to the isolation of angiogenin, which turned out to be a member of the pancreatic ribonuclease family of proteins.  Lem co-authored all the initial publications associated with this project.  Of particular importance was his mathematical skill, mainly in applying statistics to evaluate data from large numbers of animal experiments.

In 1975, there was a movement to create an appointment in chemistry in the Department of Radiology. Lem’s thorough training in physical chemistry, and his interest in diffusion, macromolecular interactions, and the transport of molecules in a variety of systems were considered uniquely suited for this new position.  He served as Professor of Radiology (Biochemistry) from 1975 to 1993.  He continued to conduct basic research in macromolecular structure and function as well as in angiogenesis.  He also spent long hours formulating equations relating to boundary analysis, a kind of universal field theory of separation science.  In 1980 be was appointed Treasurer of the Endowment for Research in Human Biology, an entity created with support from the Bronfman Foundation to study alcohol metabolism in humans.  He served in that capacity until 1985.  The latter part of his career was spent teaching statistics to the radiology interns and residents, and as a consultant in statistics for members of the Center for Biochemical and Biophysical Sciences and Medicine.  He retired in 1993 as Professor of Radiology (Biochemistry) Emeritus.

Lem lived in Medfield for many years and had great satisfaction working in his garden and maintaining his property.  He enjoyed traveling, especially if it involved something like hiking in Italy or piloting a barge through the canals of Ireland.  He moved to Barnstable on Cape Cod several years ago where he became a member of the Barnstable Land Trust, Inc. and a supporter of the Visiting Nurse Association and the Falmouth Hospital.

He is survived by his wife, Nancy L., by his brother Norman, by his sister-in-law Marie Bethune, and by many nieces and nephews.  He was buried in Barnstable.