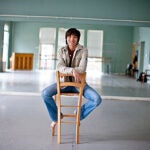 Making an art of science

Confronted by violence, Gram works to give kids alternatives

Danielle Gram ’11 was asleep in her Currier House dorm room on the morning of Nov. 18, 2009, when her father phoned to say that he had awful news. Her brother had been murdered in Annapolis, Md., where he was visiting on vacation. The police had no suspects or even a motive for the slaying, since Kenneth Gram still had his wallet and cellphone when he was found.

“At first, I couldn’t respond,” Danielle Gram remembered. “I thought it might be some twisted dream. I couldn’t believe it was my brother. I started sobbing into the phone.”

In the months that followed, Gram’s response to her brother’s death was shaped by — and emblematic of — the fact that she had already devoted a quarter of her life to working for global peace. At 16, Gram co-founded the nonprofit Kids for Peace (KFP), an organization that  “works with children ages 3 to 10 to empower them to lead the way to a more tolerant, nonviolent society.” The group, which began in Gram’s hometown of Carlsbad, Calif., grew largely by word of mouth, and today has touched the lives of 25,000 children around the world.  After her brother was murdered, Gram looked to this work — and the ideals at its foundation — to create meaning from a senseless act of brutality.

“Violence, war, and murder were issues I had cared deeply about for many years,” she explained, “but it wasn’t until my only sibling was killed and left to die alone that I really understood the value of one life and the absence felt for each loss to violence. Since then, my work as a peace advocate has gained new meaning. The healing process has accompanied an increased conviction to share my experiences and my children’s programming with people living in the areas of the world most intimately impacted by violence.”

Gram has shaped her time at Harvard College around her commitment to peace. A dual concentrator in religion and sociology, she says her academic focus has been on “violence and human security.” The topic of her junior paper was the role of Christian institutions in the Rwandan and Yugoslavian genocides, and in the Pinochet regime in Chile. Her senior thesis was on child witchcraft accusations in the Democratic Republic of Congo, a topic that allowed Gram to explore the religion’s influence on social stability and study the ways that children become targets when communities break down.

Outside of the classroom, Gram has leveraged resources such as a David Rockefeller International Experience Grant to bring KFP programming to children in Bolivia. She has also interned with the Harvard Humanitarian Initiative (HHI), an experience she called “transformational.”

“HHI introduced to me how science can be applied to humanitarian response,” she said. “We look at what works and what doesn’t in the way we respond to crises like the earthquake in Haiti, then come up with lessons for the future. HHI changed the way I thought about effectiveness of humanitarian intervention.”

Gram will continue studying the impact of war and working for peace after graduation, when she will spend a year studying post-genocide reconciliation and working with Congolese refugee children in Rwanda. She said that the trip, which is supported by a Frederick Sheldon Traveling Fellowship, will allow her to extend the work she has done in college and with Kids for Peace.

“After my brother’s murder, I began envisioning how Kids for Peace programs could transform communities in areas with ongoing conflict and crisis,” she said. “With funding from the fellowship, I will have the chance to explore issues related to children’s education and human security and learn about the role that children played in the social rebirth of post-genocide Rwandan society.”

Gram said that both her study and personal experience of violence have led her to see profound suffering as a teacher, which she says can reveal “the potential of each moment to transform life itself.”

“Loss has compelled me forward and forced me to stand up and speak out even louder about the issues that are important to me,” she said. “I want to make the world a more peaceful place, one child at a time.”