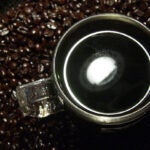 Scientist finds that the most barren places provide helpful clues

If Jocelyne DiRuggiero was looking for life on Mars, she wouldn’t dig in the planet’s red soil. Instead, she’d head where you might not expect.

“I’d go to the salt flats, because there’s more water there,” DiRuggiero said.

In saying that, DiRuggiero drew on her experience investigating extreme environments, places that the hardiest single-cell organisms call home. Her recent investigation of Chile’s barren Atacama Desert, a high plateau that scientists believe is the driest place on Earth, showed that the microbial communities appeared to be thriving best in rocks composed of salts, which retained the most moisture.

DiRuggiero, a biologist from Johns Hopkins University, presented her findings on Wednesday (May 18) during a talk at Harvard’s Geological Museum sponsored by Harvard’s Origins of Life Initiative.

For most of Earth’s history, life has been dominated by microorganisms. Scientists estimate that life began 3.4 billion years ago and that the animal life that dominates the planet didn’t show up until 500 million to 600 million years ago. That means that for most of the planet’s history, life here was microscopic. That also means chances are that if there is alien life on other planets, it will be microscopic as well.

Even though animal life is abundant on Earth today, much of the life here remains microscopic, DiRuggiero said. Microorganisms have colonized land and sea from pole to pole in vast numbers that far outstrip the number of stars in the Milky Way galaxy. Even human bodies are home to vast numbers of microbes, DiRuggiero said. Though some bodily microbes are harmful, many help people to digest foods, fight off invaders, and perform other useful functions.

Most of the Earth’s microbial diversity remains unexplored. Just a small fraction of known microbes can be cultivated, meaning that most cannot be studied in the lab. That prompts scientists such as DiRuggiero to head into the field to study microbes where they live.

Terrestrial microbes dubbed “extremophiles” have colonized many extreme environments, which DiRuggiero said can contribute clues about life elsewhere in the universe. The highest temperature that an organism has been known to survive is 121 degrees Celsius, or about 250 degrees Fahrenheit, which is the temperature used to sterilize medical equipment. Other microbes can survive environments that are extremely cold, that are quite acidic, that have very high salt content, that are extraordinarily dry, like the Atacama Desert.

Although these organisms, typically bacteria or another type of single-celled organism called archaea, live in environments that would be deadly to other organisms, DiRuggiero pointed out that the extremophiles grow more slowly if conditions are tipped toward what would be considered more favorable.

“We need to go to extremes because the planets we’ve seen so far are very extreme environments, where only a few microorganisms on Earth have a chance of surviving,” DiRuggiero said.