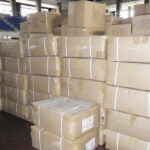 When legendary jazz musician Wynton Marsalis agreed to a two-year lecture series at Harvard, faculty and staff began brainstorming ways to involve the community in related events. In addition to opening his kick-off concert lecture at Sanders Theatre to the public, they asked Marsalis if he’d be willing to teach a master class at Cambridge Rindge & Latin School (CRLS). Marsalis, who has made the promotion of jazz and cultural literacy to young audiences one of his hallmark causes, immediately agreed.

“When we told our music students, it was absolute joy,” CRLS band director Robert Ponte said. “They looked like they were going to jump out of their skins. Wynton is the Michael Jordan of jazz, and they were going to play for him. You should have seen their faces.”

“It was such a surprise to hear that he was coming,” said Conor Paterson, a CRLS junior who plays the saxophone. “But it was even better to know that someone cared about us enough to tell Wynton that we were worth playing with. That was really cool.”

Experience varied among the musicians. While some of the Harvard students had been playing for more than a decade, some of the CRLS students had just a few years under their belts. For sophomore Phoebe Ruben, 15, a classically trained flautist, jazz and the improvisation that comes with it were completely new.

“I’m out of my comfort zone,” she said with a smile during one of her rehearsals. “It’s good to learn and stretch my skills, and it’s fun to play the flute in ways I haven’t before.”

While the musicians have dreamed of playing big gigs, performing in front of a legend like Marsalis was beyond what many had hoped for.

“In this day and age you’re not doing it to get girls or get on TV,” Paterson said. “This has brought life into the jazz program at CRLS. It’s something I’ll never forget.”

Throughout the rehearsals, the high school musicians looked to their older counterparts for guidance and tips. Though they came from two very different places, the group played as one.

“It felt like we were learning, but they were learning too,” Paterson said. “Playing with more experienced people makes it that much more valuable; you can synthesize their ideas into your own thing.”

While just a handful of students played for Marsalis, more than 400 CRLS students attended the master class. For many, it was a rare opportunity to learn about a distinctly American art form.

“To have my kids have the opportunity to speak to and rub elbows for a moment with someone of that caliber is an opportunity to inspire them to discover something new within themselves,” Ponte said. “I’ve always seen my role as planting seeds among my students — some will grow, some won’t — but this is a wonderful seed to plant.”