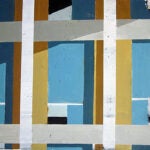 Faust, others gather at Dumbarton Oaks prior to Jefferson Lecture

WASHINGTON, D.C.  — If scholars were celebrities, life might look a little bit like it does on the day of the annual Jefferson Lecture (May 2), with interviews and toasts in anticipation not of a concert or play but a speech on the humanities.

For Harvard President Drew Faust, chosen by the National Endowment for the Humanities (NEH) to give its 2011 Jefferson Lecture, the day began with a round of media interviews and ended with a reception in her honor on the balcony of the Kennedy Center overlooking the Potomac River.

The centerpiece of the day: a well-received address, “Telling War Stories: Reflections of a Civil War Historian,” delivered to an appreciative Kennedy Center audience.

“Uniquely powerful dimensions of the Civil War have rendered it of outsized importance to historians,” Faust said. “For Americans, it was and is a special war with special meanings. But an essential aspect of its interest and appeal … is simply that it was war.”

In the run-up to the main event, Faust shared lunch with a small group of active NEH supporters who were eager to discuss the Civil War with a woman who has devoted her academic life to researching and writing about it. Her favorite books on the topic? “The Killer Angels” and “Absalom, Absalom!” took the fiction category, while Gen. Ulysses S. Grant’s memoirs earned an endorsement in nonfiction.

“Maybe this is the highest praise of all,” Faust said. “Ever read a book and say, ‘I wish I wrote that?’ I felt that way about Garry Wills’ book about the Gettysburg Address.”

Harvard welcomed about 100 guests to a reception before the lecture at Dumbarton Oaks Research Library and Collection in Georgetown.

Dumbarton Oaks was purchased in 1920 by Robert Woods Bliss, a Harvard alumnus, and his wife, Mildred Barnes Bliss. The Blisses were avid collectors of Byzantine and pre-Columbian art, and in 1940 donated their collections and an associated research library to Harvard to serve as “a home to the humanities.” They also gave the property, including the gardens that Mildred Bliss had developed with noted landscape designer Beatrix Farrand.

Jan Ziolkowski, Arthur Kingsley Porter Professor of Medieval Latin and director of the Dumbarton Oaks Research Library and Collection, said it was fitting that the reception before the humanities lecture was held at the Bliss’ former home.

“They had this vision of both fostering interest in the culture that meant so much to them, but also of supporting advanced research toward new understanding of the past,” Ziolkowski said.

The Blisses also frequently hosted cultural affairs much like the reception Monday night, at which members of the Harvard Corporation (who were in Washington to meet for a rare session outside of Cambridge the following day), Harvard alumni, supporters of the NEH, and others gathered in the orangery near the site’s famous gardens.

Covering the ceilings and walls of the orangery was a ficus that a scholar might say symbolizes the way the War Between the States continues to thread its way through America’s dialogue with itself: The crawling vine had been planted in the middle of the Civil War.