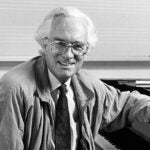 To own a car or not to own a car? That is the question in cities like Boston and Cambridge. Whether ’tis nobler in the winter to suffer the shoveling and parking wars after snowstorms or to rent a Zipcar just to fetch groceries makes for a seemingly lose-lose proposition.

But as gas prices rise, and traffic remains congested, two new start-ups are looking to give Harvard’s weary travelers more options. Zimride and RelayRides have partnered with the University’s CommuterChoice Program in hopes of making community-based car sharing easier.

Zimride, a social networking site, allows drivers and passengers to post their ride times — dates for a one-time trip to New York, for example, or their weekday commuting schedules — so they can pair up for carpools.

RelayRides offers more straightforward financial transactions: Car owners can register their cars, set hourly rates and hours of availability for their vehicles, and rent them out to other RelayRides users, a process akin to renting a Zipcar, but often cheaper.

CommuterChoice has been promoting the services around campus since last fall. The Harvard network on Zimride.com currently has nearly 900 members, while RelayRides.com boasts 100 cars and 2,000 renters in the Boston area. Registration on both sites is free for members of the Harvard community.

“Any time we add a benefit, it’s all about giving people more choices,” said Kris Locke, manager of CommuterChoice. “But we’re also trying to get people to take more sustainable modes of transportation to work, and any time we can offer a new program to help with that, that’s what we try to do.”

When it comes to promoting sustainable behavior, new research shows, car sharing works. A recent study out of the University of California, Berkeley’s, Transportation Sustainability Research Center estimated that over the past decade, between 90,000 and 130,000 cars have been taken off the road because of Zipcar and similar services.

Accounting for car owners who give up their vehicles and carless commuters who forgo the decision to purchase one, the study’s authors found that for every car-sharing vehicle in use today, nine to 13 automobiles have been taken off the road.

“People are changing the way they consume things,” said Shelby Clark, M.B.A. ’10, co-founder of RelayRides, who launched the company while at Harvard Business School (HBS) and was named a runner-up in last year’s Business Plan Contest. “It doesn’t make sense to own something if you’re better off just being able to access that good” within the community.

Ben Ganzfried ’09, a research assistant at the Harvard School of Public Health, is one such potential customer. He’d prefer not to buy a car, he said, and with a Zipcar membership he can make the occasional visit to his grandmother or to the grocery store.

He signed up for RelayRides in December and has found it to be a cheaper, more convenient alternative. (Harvard also offers a discount on Zipcar memberships. The regular Boston rate is $60 a year; Harvard affiliates pay $25 a year.)

“In my experience, a RelayRides car has never been more than three blocks from my house, and it has always been available when I have needed it,” Ganzfried said.

Car sharing makes sense financially and environmentally, Clark said, and it can be lucrative for those who rent out their cars. (One RelayRides user who keeps his car on the HBS campus makes up to $600 a month, Clark said.) But he also hopes his company and others like it will help restore a sense of trust and sharing among neighbors.

“It’s helping to renew the sense of community,” he said. “The conduit is the Internet. Services like RelayRides are just the matchmaker.”

Indeed, some Harvard employees who use both sites have found them to be a good way to meet new people while snagging a cheap ride.

Ramona Islam, a curricular design and research librarian at Widener Library, signed up for Zimride in the fall, hoping to find a ride to Connecticut for Thanksgiving. She expanded her network to search for rides beyond Harvard and found a man in Brookline who, for $20, took her and two other passengers to their destinations on his way to New York.

“I was a little bit nervous,” Islam said. “But after talking with him on the phone and finding out other people were going, I thought the chances for disaster were slim.”

On the ride she talked with her trip mates about everything from dancing to political organizing to religion. The trip went so smoothly that Islam arranged to meet up for a ride back to Boston at the end of the long weekend.

“It was actually really nice,” Islam said. “I would encourage more people to take advantage of it, because it has great potential the more people sign up for it.”