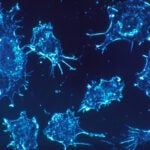 Even as developing countries continue to struggle with the old scourge of malnutrition, the West’s obesity epidemic is spreading into such nations, creating twin nutritional problems that demand attention from already strapped health care systems.

Experts from around the world convened at Harvard Medical School Tuesday (April 26) for a scientific symposium on “The Double Burden of Over and Under-Nutrition,” sponsored by the Harvard Global Health Institute.

Harvard Global Health Institute Director Sue Goldie, the Roger Irving Lee Professor of Public Health, said nutrition sits amid three major problems of global health: the unfinished agenda of reducing malnutrition and infectious disease, the growth of chronic diseases like heart disease and diabetes (many of which have a dietary component) in developing nations, and globalization issues, where not only information and manufactured goods are exchanged, but also dietary habits and fast foods.

“For each of those categories, nutrition is squarely in the middle, and unfortunately … accounts for a big bulk of the burden,” Goldie said.

The symposium looked at issues of nutrition globally and in specific areas, including Latin America, East and West Africa, and India. Speakers came from Harvard, elsewhere in the United States, India, Senegal, and Tanzania.

Werner Schultink, chief of nutrition for UNICEF, presented a global overview of the unfinished work on malnutrition, saying that new analyses show that the international community may not be using the right measure to gauge its impact. Research has shown that stunting, not underweight, is a more accurate measure because children can catch up on weight. But stunting tends to stay with a child, as do the negative effects of early malnutrition on morbidity and mortality, educational attainment, earning potential, and, for women, the likelihood of having underweight babies.

While 63 nations are on track to attain the United Nation’s first Millennium Development Goal on nutrition, which involves halving 1990’s number of underweight children by 2015, Schultink said progress is proceeding much slower if the measure of stunting is used. Peru, for example, reported just 6 percent of its children underweight but 30 percent stunted, and South Africa reported just 12 percent underweight, yet 27 percent stunted. Similar statistics exist for several other countries, Schultink said.

Schultink also said that interventions should prioritize pregnant mothers and children up to age 2, because research shows that children during the first 1,000 days of life are most susceptible to long-term harm from malnutrition.

“Improvement in child and maternal nutrition is an affordable investment, and probably the best investment in development a country can make,” Schultink said.

Roland Kupka, a nutritionist with UNICEF in Senegal and an adjunct assistant professor of nutrition at the Harvard School of Public Health (HSPH), examined the implications of obesity in East and West Africa. While undernutrition remains a widespread and severe problem there — 330,000 children were treated for life-threatening malnutrition during a recent drought in Niger — studies also show an increase in overweight people, occurring mainly among urban populations and in areas close to major cities.

“Overnutrition and its causes are on the rise in urban areas,” Kupka said.

This trend of rising obesity in the cities is of particular concern because projections see continued rapid increase in urban populations, Kupka said.

But S.V. Subramanian, an associate professor of society, human development, and health at HSPH, cautioned that in a world of restricted resources, researchers and global health officials should be careful how they describe the “double burden” of obesity and malnutrition.

Global studies on the issue show an enormous variation on how researchers characterize it, Subramanian said. To the extent that the double burden is described as a rising epidemic affecting the poor even as they struggle with malnutrition, researchers may be going beyond what the data shows.

“The data does not seem to support that in an overwhelming manner,” Subramanian said.

Instead, Subramanian said, there appears to be a clear positive correlation between wealth and body mass index in low- and middle-income countries, showing that it is the richer segments of these societies that are experiencing increased incidence of being overweight or obese.

As with any aspect of global health, the picture is complex, though, and in three countries that he examined the poor were gaining weight faster than the rich: Egypt, Turkey and Colombia.

“It seems like the story that the poor are catching up rapidly doesn’t add up,” Subramanian said. “It matters a lot … because resources are scarce.”